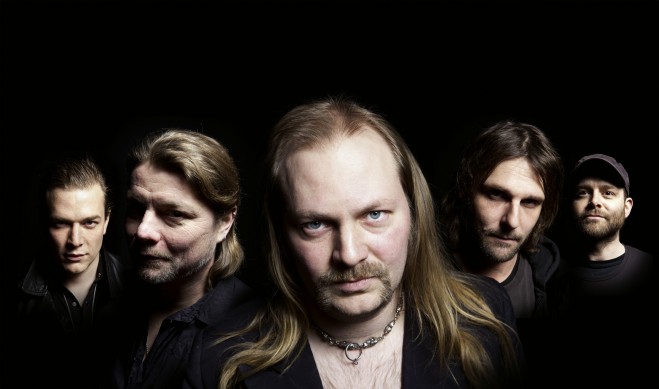 Gloria who? Allow us to fill you in…..

Ravishingly beautiful, young as a puppy, but already dirty as hell, in her tight leather suit she sits, legs wide apart, on her barstool and even before the first whiskey floods her system, tells the most debauched stories, to which even a rockstar of some renown, who thought he’s seen and heard it all, can’t help but feel the flush of embarrassment flit across his face. Gloria has pushed so many men over the edge and into damnation, has led them to perform such degrading deeds and has made them feel such youthful abandon only to let them crash and burn before the night is out, that only the fearless will prevail.

And like so many before them, so did Fredi Volvo, Pim Peter, Marino Maronni, Pascal Goodnight and Lord Latex succumb to the lady’s pretty persuasions. To pay proper hommage to Gloria they formed the band GLORIA VOLT, and with songs like “Need A Kick“, ” Screaming For Hollywood ” or ” All I Want ” they are trying to mend their broken souls and find solace in Rock’n’Roll.

Even before their first gigs, Gloria Volt were hailed as the new gods on the Swiss heavy metal scene. All of the musicians being no new comers to the ball, having played in such bands as “Lost Purity”, “Hukedicht”, “Transmartha” and “Pornolé” and welcomed with open arms and screaming lungs on all the illustrious stages and grotty shitholes across the country. With GLORIA VOLT they build on the school of rock that AC/DC, Quireboys, The Cult, Judas Priest or Alice Cooper have mastered before them.

Riding high and wild with their new album “Recharged” saddled up, they will turn on the volume, turn on the attitude and turn on every rock’n’roll girl in town. So come on feel the noize.