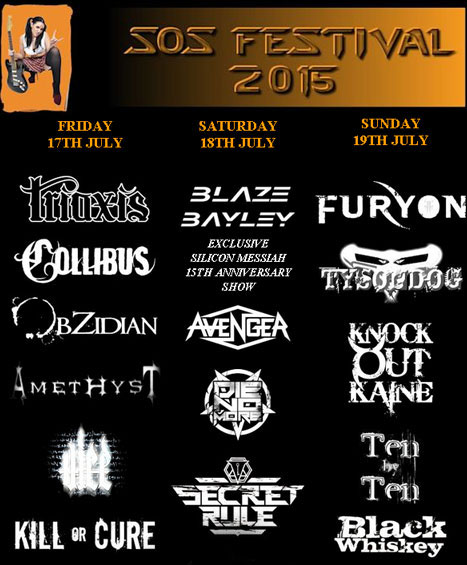 UK Rockers FURYON are confirmed as Headliner for SOS Festival, which will take place in Manchester, UK on July 17-19, 2015. Also confirmed for the festival are  Blaze Bayley,Triaxis, Tysondog, Collibus, Knock Out Kaine, to name a few.

FURYON have recently confirmed dates for a UK headlining tour in March 2015, in support of their second album release ‘Lost Salvation‘, released on February 23, 2015 via Dream Records.