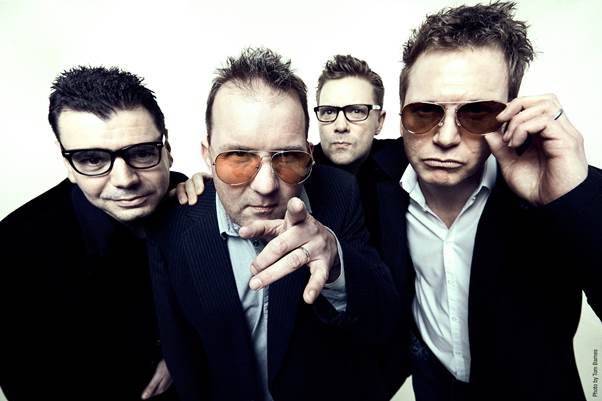 Frost* released their long-awaited new album ‘Falling Satellites’ last Friday, and they have now launched a brand new video for the track ‘Numbers’. Produced by Crystal Spotlight, you can watch the video now here:

Jem Godfrey had this to say about the video: “Us being us, we wanted to try something a bit different for the Numbers video that would make it more interesting visually than just 4 blokes in a room wobbling about so we shot everything using bit of software called DepthKit via a Kinect sensor. This enabled us to create 3d modelled versions of ourselves that could continue to freely be rotated, moved and manipulated even after filming was completed. The render times were horrendous, but Crystal Spotlight did an incredible job putting it all together. I think the end result is magnificently Frost*-ish and suits the song very well”.

The album is now available to pre-order, and digital pre-orders from iTunes & Amazon will receive ‘Heartstrings’ & ‘Numbers’ immediately. Find out more at the links below:

The band will head out on a UK tour in support of the album, and you can find the full list of confirmed dates below:

Tickets for all headline shows (except Reading) are available here: http://themerchdesk.com/shop/index.php?route=product/category&path=155_201