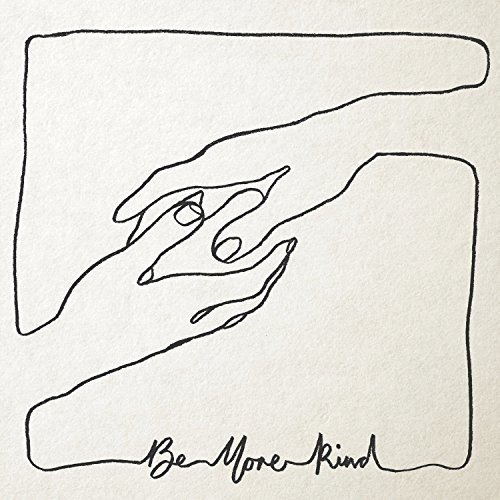 It’s tempting, when you’re dealing with an artist that is so steeped in the live performance, to view all their studio work through the prism of one of their concerts. Such a thing is almost impossible when it comes to Frank Turner.

If you’ve never seen his gigs, then – to be truthful – you’ve yet to experience him properly. He has a bond with his audience like no other. There is a communal, almost religious zeal, about the shows, and this isn’t meant in a trite way either, Turner more than perhaps any other act is not about separation, instead, he is one of the audience, as much as the people are part of the band.

In that context, then “Be More Kind” is his mission statement. Whatever his political views – and there has been conjecture on this which we’re not getting involved in here – the overriding theme of all Turner’s work has been to just be better people. If Maggie Thatcher and her evil ideology said there was no such thing as society, then here it is the only thing.

It is hard to shake that gang feel on the first song “Don’t Worry” either, you listen to the handclaps and you imagine a crowd of thousands clapping in unison. “Stop looking at your phone, and spend more time with the do’s than the don’ts” he sings and the message is clear: only you can make things better.

Musically it is interesting that things have moved into a more pop realm, there aren’t many that fit what you might term the “classic” Turner sound of raw singer songwriter stuff. The wonderful “1933” does, as it deals with the rise of fascist sentiment again in the modern era (“the first time was a tragedy, the second time a farce” he spits contemptuously) but elsewhere the vibe is different.

“Little Changes” – subtext, the world is fucked and you can’t alter the big stuff – is gentle and has the sonic feel of Brian Fallon’s solo stuff, while its use of horns widens the thing even further. The title track likewise, it expands on core sentiment here over a pulsing acoustic bedrock.

“Make America Great Again” barely needs discussion of its theme, musically, though it is something akin to the 80s pop that MV used to tape off the Top 40. Huge, and totally unashamed arena stuff, Turner is a few years younger than me, but may have been taping the same tracks as a boy – either way its anti-racism, pro-compassion message is something we’d all do well to heed.

Seemingly eager to pack as much into these 13 songs as humanly possible, no one can accuse Turner of resting on any laurels here. “Going Nowhere” has the feel of Billy Bragg in his William Bloke era, “Brave Face” is simple and “There She Is” is a love song of the type that hasn’t been done since Springsteen’s classic “Tunnel Of Love”.

“21st Century Survival Blues” is destined, surely, to be a live favourite, and with its piercing lead guitar and mighty chorus it will be superb too, but as the album – at 13 songs there is a lot of it too – is far from out of ideas.

Before it’s done, “Blackout” comes along as shimmering pop that opens up into some U2 style guitar, “Common Ground” has an electro pulse about it and stark imagery – “blood in the phlegm, a lump on the breast” is a jarring thing, but a folky feel and ends up being a real highlight, with its desolate strings, before “Get It Right” rather brings things full circle. Calling simply for better communication and maybe some empathy and just to be more kind.

Maybe Turner considered the release of his greatest hits last year as something of a watershed, because musically certainly this feels like a new chapter. Some work better than others and a few are downright brilliant, but it almost doesn’t matter. Judge Frank Turner, and ultimately “Be More Kind”, by the way it feels on stage.