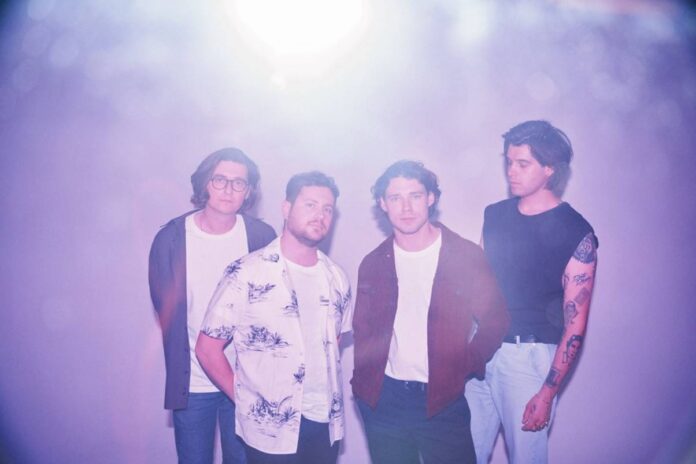 Amps up to 11, phasers set to stun and off they go! SONS are back with a furious and insanely catchy slab of rock & roll. A pulsating staccato guitarriff, drums getting a serious beating and singer Robin Borghgraef spitting his lyrics into the mic as if to get rid of a foul stench in his mouth. “Nothing ain’t wrong / Nothing ain’t real / Nothing inside me makes me feel now / I feel like going all blind / I feel like falling behind now” It’s clear that the last couple of years left its mark on the gentlemen from Melsele (North of Flanders, near Antwerp).  “Nothing deals with feeling numb and emotionless. Dealing with a lack of impulses by searching for a kick or a rush”, the singer/guitarist explains. SONS tackle this by fashionably trashing a house in the wonderful video for the single. It’s full throttle rock & roll fun and much needed after this 2-year standstill.

‘Nothing’ offers a first taste of the brand-new album ‘Sweet Boy’, due for release on April 22nd on [PIAS] Recordings.

With ‘Sweet Boy’, the band is releasing an – in its own words – ‘coming of age’ record. A balancing act of a band that threw itself headfirst into the rock ‘n roll mayhem and now have to rhyme getting older and getting settled with their wild hope & dreams of the ragged rockstar life. It’s an album that builds on the foundations of their debut and adds at least 4 more storey’s. Solid garage punk, anchored in the American West Coast tradition, pedal to the metal while looking to the future. Echoes of contemporary post-punk, nineties guitars and a touch of psychedelia. But above all: conviction.

Listen to nothing here: sons.lnk.to/nothing