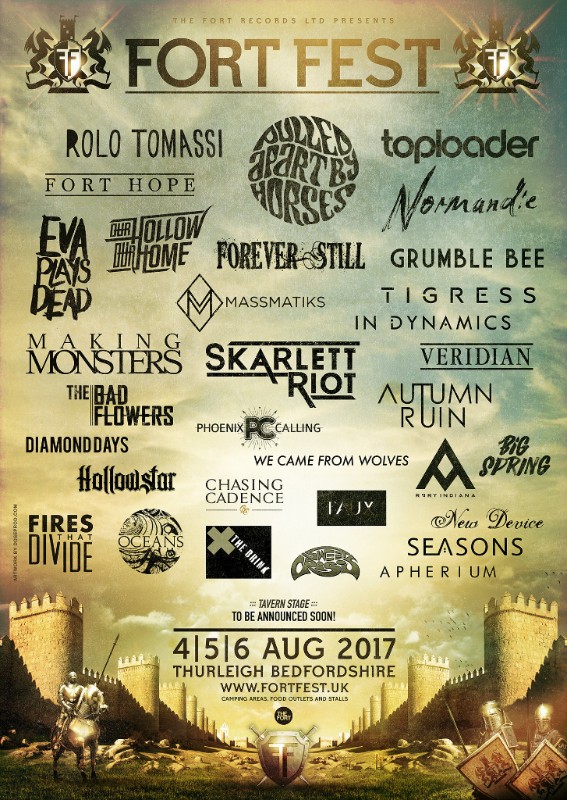 FORT FEST has completed its main stage line-up for 2017, with the latest announcement confirming the addition of Pulled Apart By Horses and Rolo Tomassi.

They will join previously announced headliner Toploader, best known for their hit single ‘Dancing In The Moonlight’, as well as 29 more bands across the three day event on the main stage.

The other bands confirmed for Fort Fest 2017 so far are:

After making its debut in September 2016, Fort Fest will return to Scald End Farm in Bedfordshire for a second year, at the earlier dates of 4th-6th August.

Early bird weekend tickets are on sale now priced at £55, which includes parking and camping. Get your tickets here: https://www.fortfest.uk/tickets

The line-up for The Tavern stage will be revealed soon, as well as main stage day splits – keep your eyes peeled!