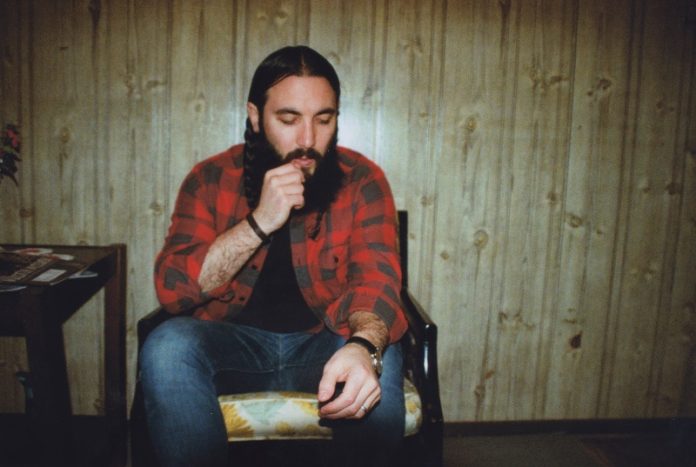 Billboard is premiering Nashville-based independent artist Ron Pope’s new video for the track “Bad For Your Health.” Read their interview with him HERE

Billboard describes the “upbeat, gritty rocking” track as “something of a calling card for Work.” Pope’s upcoming studio album, “Work”, is due August 18 on his own Brooklyn Basement Records and he’ll begin an international tour on September 28 with a pair of dates at New York’s Irving Plaza, plus 2 live dates in London and Manchester, UK.

Billboard goes on to explain that “Pope actually has more of a background as a rocker, a Bruce Springsteen devotee who played in the band the District before going solo in 2007. Led by “Bad For Your Health” — inspired by a disastrous spring break trip during college — the decidedly uptempo “Work” is intended to send that message to the world.”

The album follows last year’s critically acclaimed Ron Pope & The Nighthawks, of which Entertainment Weekly said, “Heavier, deeper, bigger, louder. The warm glow of the West, and a heavy meditation on classic sounds of the South seeps out.”

Earlier this year, Pope performed “Baby, I Love You” at Carnegie Hall as part of The Music of Aretha Franklin tribute show. His recorded a cover of the song and an accompanying in-studio video celebration of Franklin’s 75th birthday. Glide proclaims, “Taking on Aretha is a daunting task, but with Pope’s vivacious voice and the top notch players behind him, this rendition is blessed with is on unique wow factor while retaining its original luster.”

Work marks Pope’s seventh studio album. To date, he has surpassed one million monthly listeners on Spotify, sold out shows in more than 20 countries, sold over 2 million digital tracks, had over 200 million streams on Spotify, 630 million plays on Pandora and 150 million views on YouTube. Pope’s music has been featured on NBC’s “The Voice,” CW’s “Vampire Diaries,” “90210,” and multiple seasons of FOX’s “So You Think You Can Dance,” which sent two of his albums into the top 100 on iTunes simultaneously. Pope also guest starred as himself in Season 3 of the show “Nashville.”

The album was recorded completely in analog at Welcome to 1979 in Nashville, where Pope and his fellow musicians locked themselves in the studio for one week until completion. “Work” was co-produced and recorded with Grammy award-winning engineer Ted Young, his third consecutive collaboration with Pope. The lead single “Bad For Your Health” was co-written by Pope and Jonathan Tyler.

Of the new recording, Pope says, “This album follows me from when I was thirteen and a teacher told my mother that I’d probably end up in prison; I started messing around writing songs that year. It’s been mostly uphill ever since.”

Last summer saw the release of the feature-length documentary One Way Ticket by Kelly Teacher (No Cameras Allowed, Austin To Boston). The ﬁlm follows Pope and his band on the road and during recording sessions for Ron Pope & The Nighthawks in Lake Blue Ridge, GA. In the ﬁlm, Spotify’s D.A. Wallach notes, “Here’s a guy who’s ﬁgured out how to do this basically by himself and is really proving the power of streaming music,” Watch the trailer HERE.