FOR EVER AND EVA 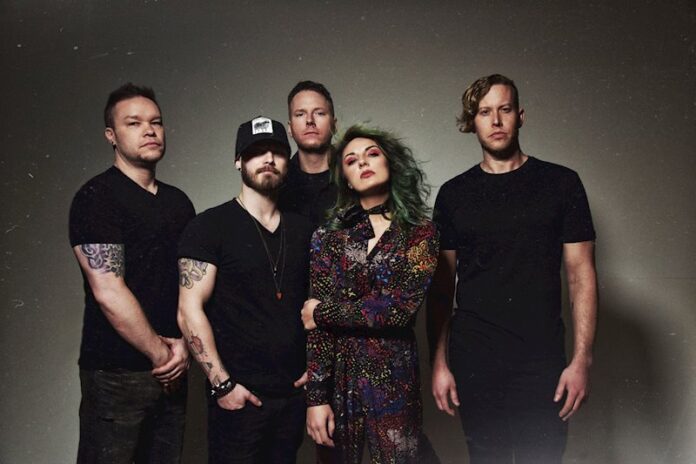 Critically acclaimed female-fronted rock band Eva Under Fire released their new single “Unstoppable” today, alongside the announcement that their debut album with Better Noise Music,  Love, Drugs & Misery, is set for a March 4, 2022 release and available for pre-order now. Lead singer Eva Marie’s voice shines on “Unstoppable,” a passion-filled track about an untouchable love with lyrics like: Gonna light em on fire/ Prove em all wrong/ Bonnie and Clyde all night long/ Gonna be savage this is our song/ Gonna be untouchable unstoppable.” It follows three previously released songs from the album – “Blow (Featuring Spencer Charnas of Ice Nine Kills)”, “Comatose (Featuring Jonathan Dörr of Ego Kill Talent)”,and “Heroin(e)” – which give a dynamic preview of the forthcoming project, spanning from anthemic and aggressive to heartbreakingly vulnerable, in both sound and lyrics. “Unstoppable” is available across streaming platforms, along with a new lyric video, HERE. Fans can now pre-order the band’s upcoming album Love, Drugs & Misery HERE. Reflecting on the band’s latest offering, lead singer Eva Marie said, “Unstoppable is a very different direction for us as a band, and I love its energy. It was the perfect track for a great love story – my parents to be specific. They were a 1980s burnout fairytale, full of fiery passion and determination. That kind of heart is exactly what we need as a brand new band in a weird world.”

The band is currently on the road, wrapping up their dates on Skillet’s North American tour this fall. Immediately following, they’re set to join Theory Of A Deadman on the road.  For more information and to purchase tickets, visit: https://www.evaunderfire.com/. See below for a full list of dates.

Released earlier this summer, the band’s song “Blow” featuring Spencer Charnas of Ice Nine Kills, is featured prominently on the soundtrack of the critically acclaimed horror film THE RETALIATORS, a Better Noise FIlms production, currently making its rounds at key film festivals across the globe. In August, the film had its WORLD PREMIERE at Arrow Video FrightFest in London. Last month, it’s North American premiere took place at the iconic TCL CHinese Theatre in Los Angeles as the OPENING NIGHT film for ScreamFest.  The film also took home an award for best make-up at ScreamFest and is currently rated 100% on Rotten Tomatoes. Eva Marie and Charnas both appear in the film, alongside some of the biggest names in rock: Mötley Crüe‘s Tommy Lee, Five Finger Death Punch, Jacoby Shaddix of Papa Roach, All Good Things, Cory Marks. Mötley Crüe’s Nikki Sixx co-wrote and recorded the title song of the film.