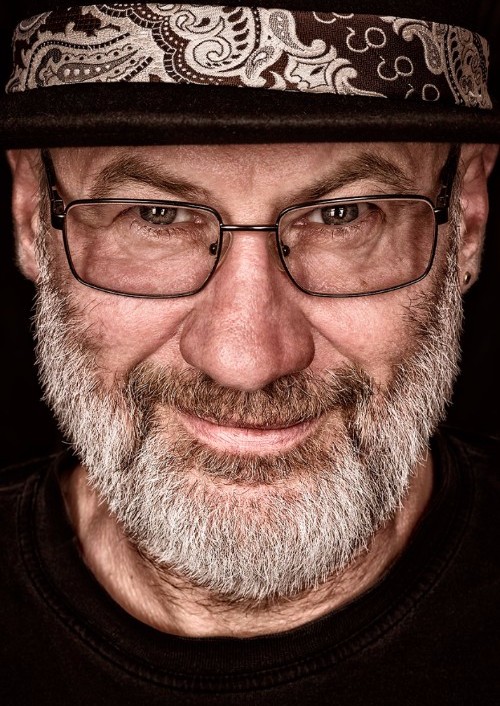 Iconic Scottish singer, songwriter and ex-Marillion frontman FISH has announced new tour dates in April, as part of a re-scheduled series of European shows. These dates come straight off the back of a hugely successful sold-out run of the UK with the ‘Farewell To Childhood Tour’ in December last year, which included two sold out shows at London’s Islington Assembly Hall.

‘Farewell To Childhood’ saw FISH perform Marillion’s 1985 chart-topping albumMisplaced Childhood in full for the very last time to an absolutely incredible reaction across Europe. However certain shows in Holland and Germany needed to be re-scheduled due to unforeseen circumstances, so FISH has decided to extend this run of dates to include some new shows, giving fans who were unable to get tickets last year a final chance to experience the ‘Farewell To Childhood’ live show.

The 17-date tour features six UK shows including a return to London’s Islington Assembly Hall on April 29th before the last ever performance of Misplaced Childhood at the already sold-out venue The Robin in Bilston on May 1st. (MVM bought its ticket last week – and no, we aren’t selling it….!) 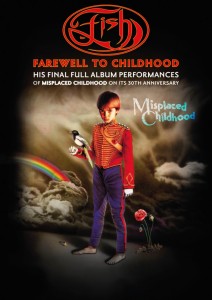 UK tickets are priced at £27.50 and available from the usual outlets

Celebrating the breadth of his musical career, FISH has also begun the release of re-mastered albums from his extensive back catalogue of solo full-length releases, with eight planned for release by the end of 2016. Albums to be re-released include; Vigil in a Wilderness of Mirrors (1990), Internal Exile (1991), Songs from The Mirror (1993), Suits(1994), Sunsets on Empire (1997), Raingods with Zippos (1999), Fellini Days (2001) andField of Crows (2004),

The first three remastered releases, Sunsets on Empire, Raingods With Zippos andFellini Days, are available now and include previously unreleased demos and live recordings. They can be purchased exclusively on the merchandise stalls throughout theFarewell To Childhood tour and also through the Fishheads.club mail-order service.

All the releases have been remastered, repackaged and reborn in hardback covered books (140 x 126mm) with three CD wallets inside accompanied with 48 pages of original illustrations, artwork and photos.

FISH has also constructed an all-encompassing and highly detailed set of sleeve notes for each release that give background to the albums, the stories behind the lyrics, the writing and recording sessions, and the subsequent touring and band line-ups that were enlisted with them.