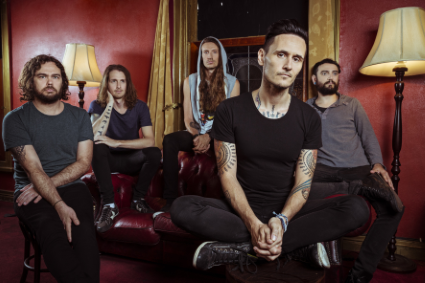 Dead Letter Circus, who were formed in Brisbane in 2005, have already achieved superstar status Down Under, having hit number 2 on the national album charts with both their debut ‘This Is The Warning’ and sophomore ‘The Catalyst Fire’ (gold-selling) prog-tinged albums. Tours with the likes of Karnivool, Muse and Linkin Park, plus multiple appearances on the main stages of Big Day Out outdoor mega-festivals and numerous sold out national tours have established Dead Letter Circus as one Australia’s most popular bands.

‘Aesthesis’ is a multi-faceted gem, with an expansive sound encircling singer Kim Benzie’s transcendent vocals in layers of atmospheric guitars, subtle electronic undertones, and danceable grooves. Long-time producer Forrester Savell, along with co-producer Matt Bartlem and US mix engineer Chris Lord-Alge, (U2, Muse, Green Day etc.), are the dream team behind the phenomenal sound of ‘Aesthesis’.

Benzie’s expressive, wide-ranging vocals form the focal point of each carefully crafted, mesmerizing song. “On our first two albums, we first wrote the music and then the lyrics. This time around, we did it vice versa,” he explains. “We just met at the rehearsal room and jammed along to some vocal parts which I had already composed. What had initially been intended as an experiment worked really well from the start. Right from the beginning ‘The Burning Number’, the first track we worked on, was like a breath of fresh air for the band.”

Not only the vocals but all instruments have benefitted from this new approach; during the creation of ‘Aesthesis’, the band felt “freer and more focused, with more space for the vocals, but also with better and more interesting guitar work. Our sound has generally become more hymnic and more multi-layered.” The resounding result more than proves him right; ‘Aesthesis’ is a mesmeric, uplifting album, overflowing with instantly memorable hooks, soaring singalong choruses, chiming atmospherics, and killer, delay-soaked guitar tones.

Lyrically, ‘Aesthesis’ sees Benzie once again raging against the machine of apathy and the tyranny of fearmongering and ignorance, with lines such as “Your apathy puts your hand on the blade of the mother slain”, (from ‘While You Wait’, the first single to be taken from the album).

‘Aesthesis’ is an exceptionally produced, passionately performed collection of compelling, impeccably crafted epic songs with memorable hooks and catchy choruses and is a major landmark album for this phenomenal act. 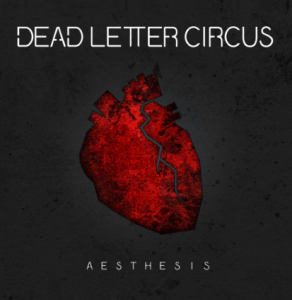