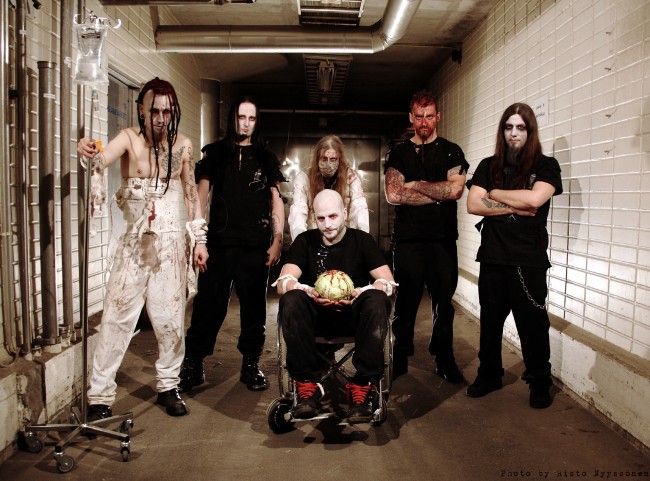 Now fully formed thanks to “the guy with the synths”

Amanita Virosa was formed 2008 and through out the years it has grown to it’s full form 2014 when in the bands own words: ” the guy with synths came in. “So it was time to make a debut album.

According to the band “Asystole consists of nine tracks of heartstopping brutality, experiences of hate and sorrow, stories of mental distress, despair and overcoming it, falling and rising, losing, gaining and losing again.”

But they add: “So that things wouldn’t go all emo on you guys, the instruments feed you such pounding that makes your head move, guitar melodies which make you wonder their beauty, synth melodies that make you gloomy and such drum patterns which make you want to hit the dance floor.”

Amanita Viosa haven’t been able to categorize themselves, so they call their music “hospital metal.”

Each of six members have a little different taste of music, which reflects in their songs.

Experience the poisoning of Amanita Virosa and listen to it yourselves to get an idea what’s this fuss all about!