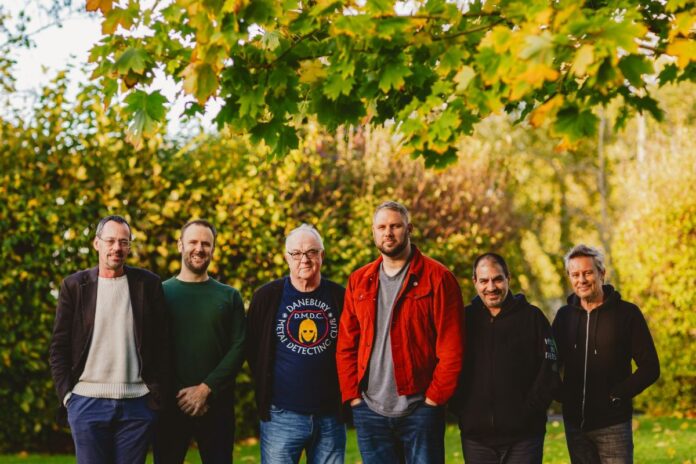 Following their highly successful and acclaimed debut live shows in October this year and featuring several Talk Talk/Mark Hollis alumni in the band, Held By Trees is bringing their widely acclaimed album ‘Solace’ to life in Cambridge, Manchester and Leeds in January 2023. David Joseph said: “I was so excited to bring Held By Trees to the live stage with our first three gigs in October. The audiences were mainly made of people who have taken ‘Solace’ to their hearts and we had a great time interpreting the record as a band. The new material seemed to go down well, too – and making sure there was some one-off improvised moments kept each show completely unique. The joy of playing this music is very real to each of us in the band as we listen to each other’s skill. It makes me so happy to see our audience take it all in.”

Held By Trees brings together the melodic prog rock elements of Pink Floyd with the sparse, jazz-inflected ambience of Spirit of Eden era Talk Talk. The live band led by multi instrumentalist and composer David Joseph also includes the world-class musicianship of Robbie McIntosh on guitar, Laurence Pendrous on piano, Andreas Panayi on flute, clarinet and saxophone – all three of whom worked with Talk Talk/Mark Hollis.

The performance features tracks from their globally critically acclaimed debut album ‘Solace’, as well as new material from their forthcoming EP.

Fans of Tortoise, Penguin Cafe and Sky may also love Held By Trees.