Sorry, we haven’t got a Ms Spears video for you, we’ve got some obnoxious noise instead

Born of the punk scene but just as commonly associated with the current math-rock rabble BRITNEY juggle the hallmarks of both genres delivering a wake-up call to the complacency of both.

Formed of a desire to “something obnoxious and noisy” and because according to bassist Robbie Smith, “it’s always been a dream of mine to have a disgusting band called BRITNEY”, it’s led to them sharing the stage with the likes of Hey Colossus, Art of Burning Water, Bad Guys, Silent Front, Alpha Male Tea Party and Cleft.

BRITNEY aren’t a band that take themselves too seriously. A power-trio consisting of Smith on lead bass, Stewart McLachlan on lead vocals and Davy Hollingsworth on lead drums. With new album ‘BRITN3Y’ set for release on 11th March they take the noise-rock template and shred it up adding more melody and complexity while keeping everything lean and beefy by way of having no guitar cluttering the mix. Listen to new track ‘Neon Python’ here –

Robbie explains, “I use two chains of effects into two amps which more or less gives the impression of a bass and a guitar at the same time. It’s also given us a pretty unique sound; while the bass does sound huge and like several instruments at once, it lends itself more to single-note riffy stuff than big chords and multiple parts. That’s where the vocals come in. Stewart uses a lot of effects and makes a lot of deliberate rhythmic choices that make the vocals fill the role of what a guitar might do just as much as the bass does. There are times when you can’t quite tell who is making which noise, which is how we like it.”

Kurt Cobain famously boasted that when Nirvana signed to Geffen their contract would allow them to put out anything – even the sound of them on the toilet. Bear that in mind when you hear a grown man vomiting on ‘Sleep Now Dogman’. 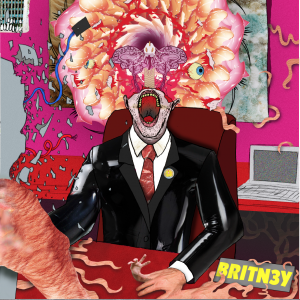 Watch out for more tour dates to be announced in the near future.