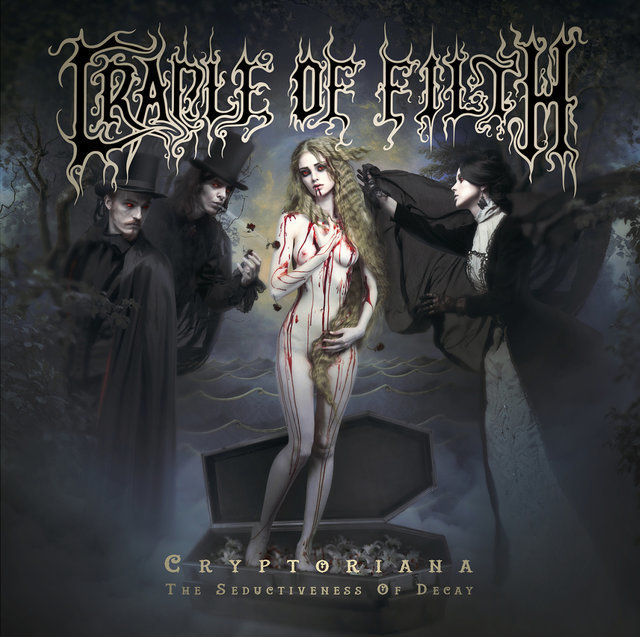 Watch the official lyric video for ‘You Will Know The Lion By His Claw’:

Commented singer Dani Filth: “This track is one of my favourite songs from the new ‘Cryptoriana’ album – aside from ‘Achingly Beautiful’, ‘Death And The Maiden’ and the title track- due to its very unique flavour and its vehement brutality. The culminative strike is especially very ‘Dusk… and Her Embrace’ era Black Metal…
Inspired by the works of H. Rider Haggard, a Victorian author who schooled in my home town of Ipswich, this song uses the railroad annexation of the Transvaal in Africa during the 19th century to paint a vision of the greedy machinations of man coming up against a furious, displaced natural foe, thus posing an allegory for the downtrodden, revolting.
I also have the latin of this expression tattooed on my arm (due to being the usual supercilious Leo!).
The quote was made famous having been said in 1697 by Johann Bernoulli about Isaac Newton’s anonymously submitted solution to Bernoulli’s challenge regarding the Brachistochrone curve.
So… Enjoy. Indulge. Desire. Darken.”

he album is also available for pre-order: http://nblast.de/CoFCryptoriana
Get ‘Heartbreak And Seance‘ as an instant grat when you buy the album digitally.

Also above is the stunning cover artwork by Artūrs Bērziņš. Bērziņš is the mastermind behind the new record’s artwork, photography and videography – best known for his defiant neo-symbolism raster graphics and oil paintings; postmodern interpretations of classic myths. He has been proclaimed as a “sacred monster of Latvian postmodernism”.

Previous article
Singing In The Rain
Next article
Good Goddard