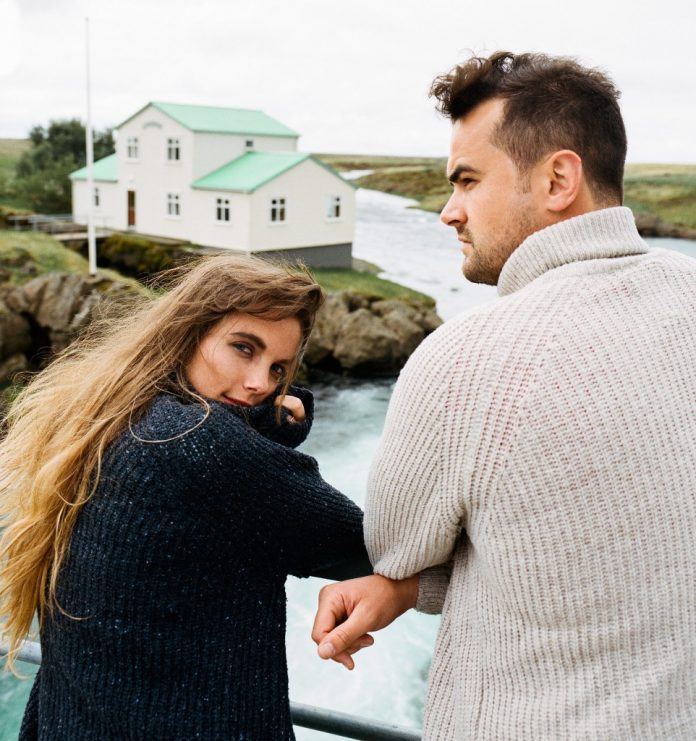 Regarding the video Ferris & Sylvester say, “A couple of months after we first met, we booked a trip to Iceland. Armed with a second hand tent and a small rental car, we drove around the whole Island, camping wherever we landed in the 24-hour summer light. The trip hugely inspired us to become who we are as writers.

“For this video, we wanted to capture how Iceland had empowered our music; we invited photographer and film-maker Daniel Harris to join us in Iceland for a retrace of our previous footsteps. With some Super 8 film and a drone, we raced around the central Landmannalaugar Park and Western Peninsula, documenting our journey. Dan did an incredible job of capturing what Iceland means to us and we are so proud to have this out in the world.”

‘Burning River’ is the first taste of a brand new project from Ferris & Sylvester. The single has had great early support from the likes of The Independent, BBC Introducing and Spotify, with the latter including the track in a number of high profile playlists including New Music Friday.

Produced by Michael Rendall (Pink Floyd, Paul McCartney, Echo & The Bunnymen), ‘Burning River’ pulls together Icelandic chants, captivating percussion, blues guitars and the pair’s unmistakable harmonies. The result finds Ferris & Sylvester expanding their sound into something that is both their most raw and heartfelt yet.

The band are touring in support of ‘Burning River’ and kick off their headline tour of the South West in association with BBC Introducing this evening at Whiskers, Newquay and they will play at BBC Introducing Live in London tomorrow (Nov 8th).

Ferris & Sylvester have also just been announced to support Jade Bird on her UK tour this month. The band will also be playing with Trampled By Turtles and Jerron ‘Blind Boy’ Paxton in November. Full Ferris & Sylvester tour dates can be found below: