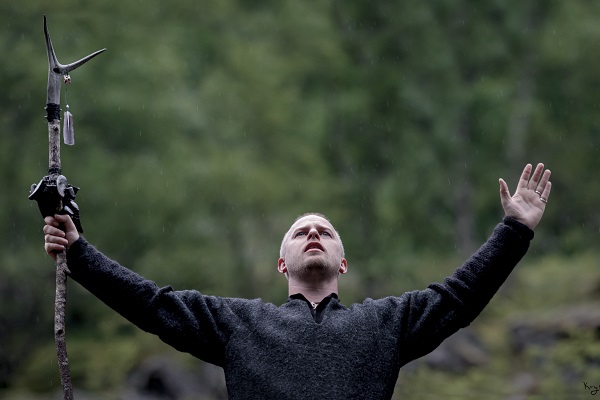 It has been a busy yet rewarding year for musical mastermind Einar “Kvitrafn” Selvik. Having co-written the entire score for the 3rd season of the hit tv-show “Vikings” as well as being the frontman for genre-defining Wardruna.

Now he is curating at this years Roadburn together with Enslaved-guitarist Ivar Bjørnson as well as headlining with Wardruna. Kvitrafn will also be hosting a workshop speaking about his approach to music and the extensive creative concept behind Warduna’s ongoing “Runaljod” trilogy, as well as demonstrating his usage of old and historical instruments such as primitive deer-hide frame drums, goat horn and tagelharpe – some of which are made by Kvitrafn himself!

Also performing at the festival are Enslaved, The Osiris Club and Skuggsjá!

To listen the mesmerizing soundscape of Wardruna click HERE!