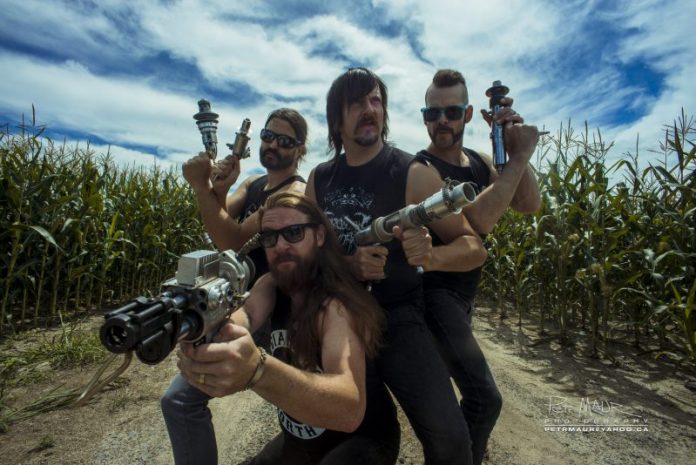 The video is for their new fist pumping stage diving single “Feed It” that is slated to be on HELLBROS‘ upcoming album “Take The Animal” that they will be hitting the studio in November to record and plan to release in 2018. “Take The Animal” will be the follow up to their 2016 self-titled album debut on French label Bad Reputation, which was a compilation of their two previous self-releases, 2011’s full length album ‘Good Time Machine’ and their 2015 EP ‘Calling All Giants’.

Frontman Peter Jurt comments on the video: “It’s homage to our love of the 80’s; a bump of sunset strip sleaze with a sprinkle of thrash metal.”