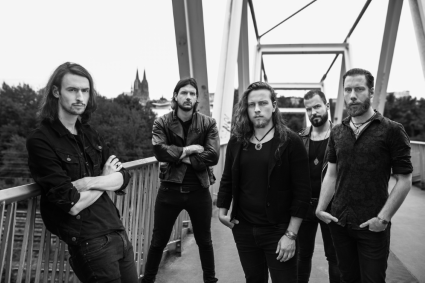 Based in Cologne, Ketzer (“heretic” in German)is comprised of Gerrit (vocals), David (bass), Marius (guitars), Chris (guitars), and Soren (drums), all of who joined together as teenagers to release Satan’s Boundaries Unchained (2009). Hailed as one of the best blackened-thrash metal records of recent years, the quintet’s debut launched them out of the underground and onto some of Germany’s most prestigious festival bills – such as Extremefest, Party San and Rock Hard OpenAir. Their first European tour took place soon after in 2011, where they conquered new territory: Poland, France, Italy, Denmark, amongst others. 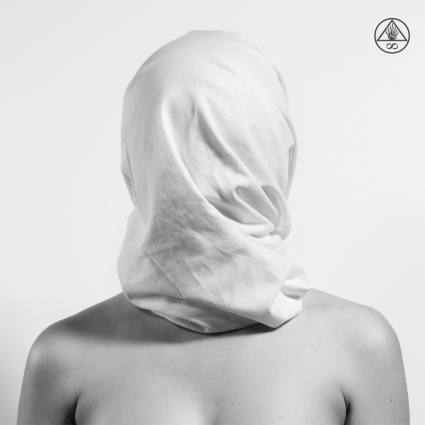 In 2012, Ketzer released their sophomore album, Endzeit Metropolis, which saw the band’s musical direction progress: their raw energy was channelled into a more open-minded, yet faster and darker kind of rock music. Following another European trek (this time featuring Swedish death-rockers Tribulation), Ketzer then embarked on their biggest journey so far: the band’s first USA tour! With a small collection of freshly written songs, they broke new ground on American soil in 2014, and upon their return home, were inspired to write new material once again.

During the summer of 2015, Ketzer entered the studio for the first time in four years. After two months of intense work, the band finished recording their third album, entitled Starless. “It is just now that we are realizing what we have done during this summer,” Ketzer recalls. “We recorded an album which is very free from any boundaries and pre-conceived notions that you find ever so often within the genre of heavy metal.”

From sounds of raging fury, to the echoes of calm and cleansing waves,Starless is an album that will take you on a journey that is unexpected, yet familiar at the same time. Thematically, the band explores the idea of religion v. reality– is there a truth in between? Ketzer explains, “Centuries ago, humankind looked up into the star-filled night skies, questioning the universe and their lives within it. In order to find answers, mythology was born. But religion and myths cannot connect to the world we live in today. They have blinded the night skies – hence, we have become ‘starless’.”

Due out January 29th, 2016 via Metal Blade Records, Starless promises to be another milestone in the heretics’ history. AsKetzer beckons, “Join us to sing songs of the universe and play tunes of the spheres!“