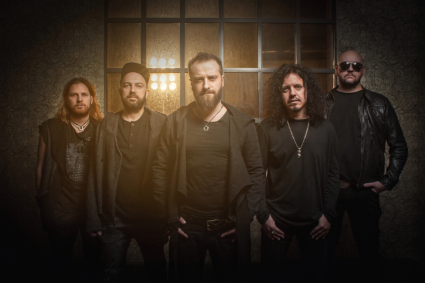 Young Polish band tell us all about their new record, out next week

If there really is a key to making a young, hungry and fiercely determined rock act known all over the world, then Wojtek Balczun has discovered it.

The guitarist and main riff writer of Polish band Chemia doesn’t simply rely on his group’s obviously tremendous potential and on the wave of euphoria triggered by their 2013 debut album The One Inside. Systematic and focussed, Balczun is taking the group unerringly to the second stage of a career which looks extremely promising, true to his credo: this band’s got what it takes to make it on an international level, so we’ve got to position it globally to establish its worldwide presence.

And thanks to Chemia’s second album release Let Me, this is exactly what he’s set to achieve: all twelve songs are fresh, haunting and dynamic, and on top of that Chemia have succeeded in enlisting optimum support in producer Mike Fraser (AC/DC, Aerosmith, Metallica). The result is extremely powerful and rocks from the very first note of the opener ‘Fun Gun’ to the final chord of the last track, ‘Send Me The Raven’. If you’re still not convinced, just let the album work its magic on you. Satisfaction guaranteed!

That a young and comparatively unknown band gets to work with a renowned producer such as Mike Fraser almost sounds like a fairy tale but is easily explained by the amazing impact Chemia have on everybody who has listened to their music, in whichever shape or form. They have played live with legends such as Deep Purple, Guns N’Roses, Billy Talent, Red Hot Chilli Peppers, HIM and 3 Doors Down, never failing to inspire their audience. They have performed at renowned festivals such as Woodstock Poland, Legends Of Rock and ArtFootball Moscow, where they also bowled over the crowds. Singles from their debut album have been played by Polish radio stations, garnering thoroughly positive reactions. They explained to their friend and mentor Marc LaFrance (Scorpions, Mötley Crüe, The Cult) the concept and idea of their new album Let Me, which in turn left LaFrance greatly impressed.

And not only him but also Mike Fraser, whom LaFrance got on board and who was so taken with the new material that he ensconced himself together with Chemia at the Custom 34 Studio in Gdańsk, Poland, to work on Let Me. Fraser applied the finishing touches at Vancouver’s Armoury Studios during the final mix before the album was mastered at the Gateway Mastering Studios in Portland, USA. “We wanted Let Me to show the real Chemia,” Balczun explains. “We agreed with Mike Fraser that the album’s sound should be based on the sound of our live shows. That’s why there are no compromises or concessions to pop music on Let Me.” The band consciously decided against typical ballads and rigorously cut down on the keyboards which featured fairly strongly on the debut. Balczun: “Mike Fraser is the absolute expert when it comes to great guitar sounds.

That’s why Let Me rocks from beginning to end.” All those who worry that the Chemia material may have lost its accessibility in favour of a tougher attitude may rest assured: every one of the twelve tracks is captivating. “Listening to the album for the very first time, people may get the impression that Let Me has turned out less commercial, but when you hear the tracks a second or third time, you’ll discover their great catchiness.” Balczun is referring to numbers such as ‘Fun Gun’ with its driving beat, contemporary guitars and lyrics about a young psychopath and his destructive thoughts. And of course to the pulsating uptempo rock number ‘The Luck’ featuring Canadian drummer Brent Fitz (Slash, Alice Cooper) as guest musician.

The anthemnic ‘Grey’ and ‘Done’ with its tongue-in-cheek reference to AC/DC also deserve a mention, just like ‘Don’t Kill The Winner’, which has Chemia prove that even dry-as-a-bone stoner rock is familiar terrain for them. So they’ve obviously done their homework, and now the time has come to present the awesome result to the world at large, because after all, live shows are among Chemia’s greatest fortes. “It’s always the same: no matter where and with whom we play, the reactions are overwhelming. Like our UK tour with Skindred, which earned us so many new fans that we obviously have to play as often as we possibly can. On the one hand, live performances get us the most straightforward reactions to our songs, and on the other hand concerts always help you to establish new contacts and meet important people.

We know that we’ve got a long way ahead of us to make Chemia a global phenomenon, but we’re determined to go that way.” 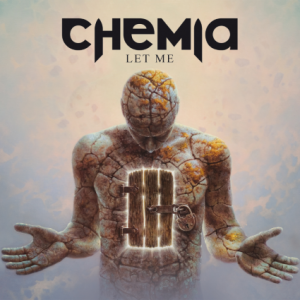