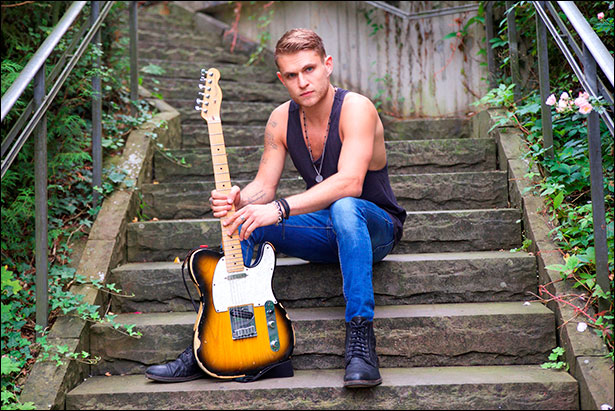 The Brit bluesman and the title that will come true

Time Has Come – it’s not just the title of Ben Poole’s new studio album – but also the consensus of the press, punters and star players who have caught this British gunslinger on his rise from hot-tip to headline act.

Already, Ben has been dubbed “f*cking amazing” by Jeff Beck, “really great” by Gary Moore, “ferocious” by Guitarist and “one to watch” by The Blues. When his second album lands on April 1st, we’re gonna need some new superlatives…

Ben has moved fast since he burst out of the Brighton Institute of Modern Music onto the post-millennial scene. We’ve had the breakthrough debut album (2013’s Let’s Go Upstairs). We’ve had the rocket-fuelled live release (2014’s Live at the Royal Albert Hall).  Now, Time Has Come fuses both sides of Ben’s musical personality, capturing the gritty velocity of his shows in a studio context.

“We really wanted to get a balance between a live-sounding album and a well-produced, polished-sounding one,” he explains. “There’s a rawness and edginess, but also a subtlety and intimacy. I think we captured what I’m all about with this album.”

In an age of sterile, computer-driven productions, Time Has Come is an album that lives and breathes. Recorded at Nottinghamshire’s Superfly Studios in late 2015, the sessions found Ben’s core band tracking nose-to-nose in the live room, with producer Wayne Proctor (King King’s drummer) and engineer Andy Banfield catching the sparks, and an anything-goes ethos spurring the collective to new heights.

“Wayne and I developed an amazing working relationship,” says Ben. “Neither of us were afraid to throw countless ideas out there, and nothing was dismissed, no matter how crazy it might have sounded.”

He’s always been more than a bluesman, and Time Has Come reveals the true breadth of Ben’s musical palette. There might still be nods to the kid who fell for Jimi Hendrix, Jeff Healey, Gary Moore and B.B. King in the ’90s, but this is unmistakably the sound of a mature artist planting his own flag.

“This album has a really nice overview of my style,” nods Ben, “covering everything from rock and blues to soul and pop, and even elements of funk and gospel. Artists we referenced frequently in the process were Robert Cray, Jonny Lang and John Mayer. I hope it’ll please the blues-rock guitar fans, but also have the depth and maturity to appeal to an audience beyond that.” 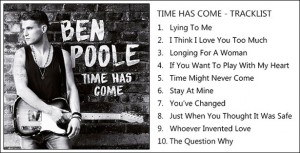 Yet it’s the songs that are the stars here, and between the reflective strum of Longing For A Woman, the country-flavoured If You Want To Play With My Heart and the moody atmospherics of Time Might Never Come, Ben has never nailed his worldview with such eloquence.

“I think there’s some real depth to some of the lyrics,” he nods. “As with a lot of blues-based music, a great deal of it revolves around the subject of love, passion, heartache and heartbreak – but hopefully expressed in an elaborate and believable way.” 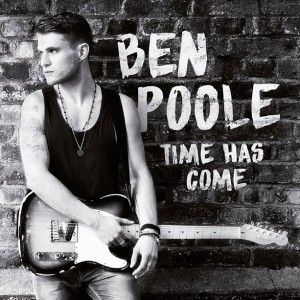 Time Has Come also features the cream of Europe’s blues guitar players, Aynsley Lister, Henrik Freischlader and Todd Sharpville. Add to this wonderful backing vocals by Stevie Nimmo and you have a real quality album.

Time Has Come is the sound of an artist whose time is now – and an album that defies you to take it off your stereo or smartphone. “We finished recording the day before Christmas Eve,” remembers Ben. “Wayne and I went out to the local pub for several beers to celebrate, but then couldn’t resist rushing back to the studio at about 1am just to listen to the whole thing again one last time. We were that proud and excited about what we had worked so hard on for the previous five months. I genuinely think it’s the best thing I’ve ever done…”