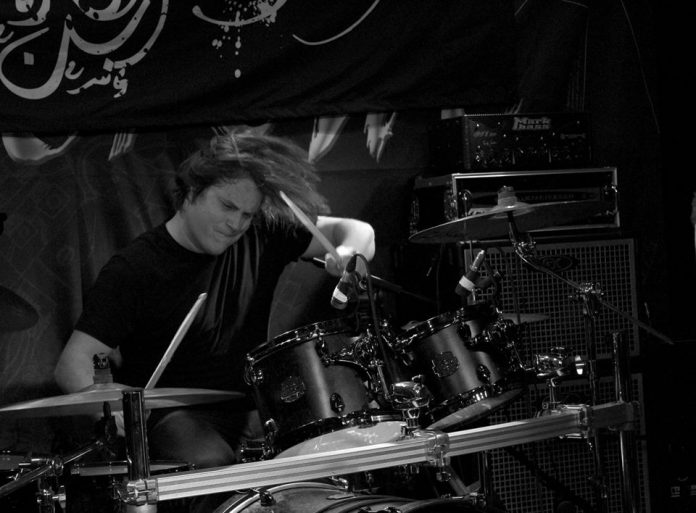 Witchingseason are generating rave reviews off of the back of their highly anticipated second EP, ‘Celosia’.
Their energetic and intimidating live performance have made quite the scene, making them ones to watch in 2017. The aggressive rhythm section of Wayne Summers (Drums) and Jack Turner (Bass) set the tone, with Tom Reynolds (Guitar/Vocals) Gruff, Passionate vocals and Screaming, Dirty guitar have propelled this band into the spotlight and they are relishing the opportunity.

The band formed in mid 2014, after family friends Tom and James drafted in ex colleague Wayne and they took to “The Shed”. The first batch of “Dark Alternative Rock” songs came so naturally to them with Spiders, the Healer, and Codeine being received really well among fans and industry. The band took to The Ranch Recording Studios in Southampton (CREEPER, MILK TEETH) in 2016 to bring to life the brand new EP, Celosia, set to release on April 28th 2017. The highly anticipated EP will be preceded by the brand new single ‘The Healer’ which was released on March 24, being previous premiered by Daniel P. Carter on Radio 1’s Sunday Night Rock Show.

New track ‘The Healer’ showcases the bands macabre and ethereal low-fi sludgy sound which echo’s the likes of Masters Of Reality and Queens of the Stone Age.

The bands E.P boasts a wealth of rocking talent, gasoline drenched guitars and ‘doom’ sensibilities which are all beautifully demonstrated in the track ‘Celosia’ and the hypnotic blues rock of ‘Codeine” which features heavy and impressive guitar riffs teamed with fierce drum beats all stitched together with Reynolds coarse and captivating vocals.

Following on from recording, the band and former bassist James parted ways, which led to recruiting Jack Turner, former bassist for Essex based The Dropper’s Neck. Now back and stronger and hungrier than ever, Witchingseason are ready to take over.