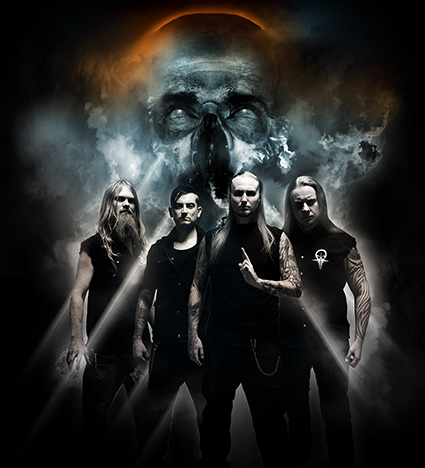 As the Finnish symphonic death mob get set for the debut full length, here’s the skinny on what they’ve done up to now.
Whorion was formed in 2009 to make metal that crack bones, but at the same time having powerful symphonic elements. The vision was clear – to create a feeling, that the listener was sucked in dark matter of space, slowly waiting for the worlds end.
After few years of composing, training and mastering new style of playing, material started to come together.
Whorion was ready to get reinforcements. In the start of 2013 Iiro Illman and Dorian Logue joined the band and the first release was being fired up. Last link were added when Ari Nieminen came across and nailed vocals with deadly blow. Whorion was born and constructed in the way that it was visioned from the start.
After Heikki Saari took care of the drums, direction is limitless.