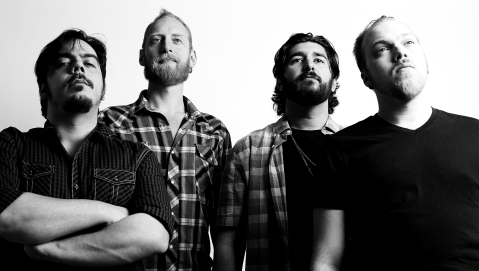 Canadian band with a thing for Keith Richards

Vinyl Hero seamlessly blend funk, jazz, and country to produce catchy alternative rock revolving around heartfelt lyrics and vintage tones. The band refused to produce cut and paste rock n’ roll and rely on the talents of Ray Howard to lead the charge as their lead vocalist and guitarist. Costa Siarlis is another founding member who drives the undeniably jazzy bass lines and subtle backing vocals. 2016 marks the tenth anniversary for the Montreal locals, in 2013 they released ‘The 13’, which was around the same time that they gained two new members, Rami Barbir on guitars and the Belgian giant Tibz on drums.

The entire band works as a tireless, well-oiled machine collaborating to write blues inspired tunes with rock sensibility. Musically, they want to pay homage to their influences, which includes Queens Of the Stone Age, Stone Temple Pilots, and even fellow Canadians Big Wreck.

Composition of each tune revolves around environmental factors that impact band members and inspires them to capture that thought as if imprinting it onto a record. Vinyl Hero almost always place the music before the lyrics and maintain that the instrumentals are the key to connecting with fans and the first lasting impression from the band’s music. They are releasing a brand new EP ‘Seven Days On A Train’ on May 6, 2016.