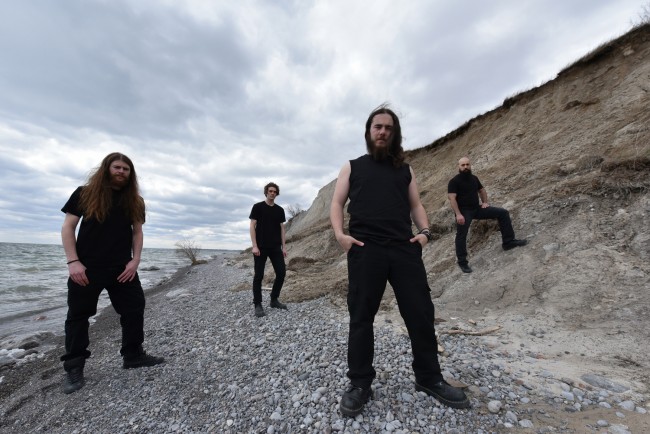 Heroic metal from Canada. Here’s everything
Twisting, writhing and forcing their aural onslaught upon metal audiences across the globe have sincerely ensured VESPERIA’s continuity through all the harsh and arduous battles modern metal bands are sure to encounter in their tenures.

Originally formed in 2005 by lead vocalist/ bassist Morgan Rider as a black metal band, the sound, direction and theme of the music naturally evolved into the style of fierce and heroic metal the band is now known for. Shortly after releasing their long overdue brand melodic metal 2011 full-length ‘Voyage from Vinland’, VESPERIA redefined their purpose and direction once and finally with their 2012 demo ‘The Swordsman’ and 2013 full-length ‘An Olden Tale’, drawing the ears and attention of metal fans around the world and demonstrating their true mastery of their craft.With the most fierce music written to date and a bounty of opportunity awaiting, VESPERIA hungrily eye 2015 as the year they will make their mark upon the Earth.