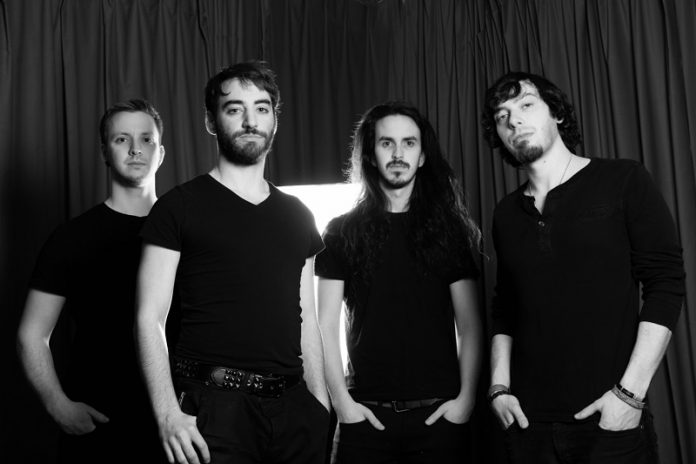 Canadian side project that now means so much more

What began as a solo project for Michael Ursini (Singer/Songwriter/Rhythm Guitar) has morphed into Uforia, a talented four-piece hard rock band that has released three EPs since 2012. Based in Toronto and influenced by Billy Talent, Incubus, Finger Eleven and Our Lady Peace, among others, the group also consists of Adam Brik (Lead Guitar), Daniel Salij (Bass) and Julien Bigras (Drums).

Uforia’s third EP is the high energy Fight or Flight, featuring five songs all produced by and co-written with Steve Molella (Finger Eleven). “Steve has had a massive influence on myself and Uforia,” says Ursini. “He worked his butt off to make each song reach its maximum potential. I’ve learned more about songwriting and recording in the last year than ever before because of his talent and energy.”

The aggressive and riff-laden title track (which is also the lead single) is about the struggle of making difficult decisions. “It was originally conceived after Adam hit a tree and dislocated his thumb in a snowboarding fall,” explains Ursini. “He was in so much pain and didn’t feel he could wait to be rescued. In that moment he made the choice to get himself down the mountain and seek the medical attention he needed.”

The EP continues with “Radiation”, a warning that ecological change is inevitable and we must embrace it and evolve in order to survive. “Wake Me” is about the struggle to wake up and escape the darkness of a dream world, while “Overthrow” encourages listeners to be patient and to take control of their own destiny when the moment is right. The EP closer “Is Anybody Living” is a track about facing your fears, particularly the fear of change.

Uforia’s previous releases include the debut EP Imagining (2012) and the fan-funded follow-up Transmutation (2015). The band has won a number of contests including the Hard Rock Rising Canada contest (2013), the opportunity to open for hometown heroes Billy Talent (2014) and the Jack Daniel’s Supporting Act contest (2016). “Fight or Flight” made the Alan Cross top 11 chart May 13, 2016 and is being played at Rogers Centre during the Blue Jays games.