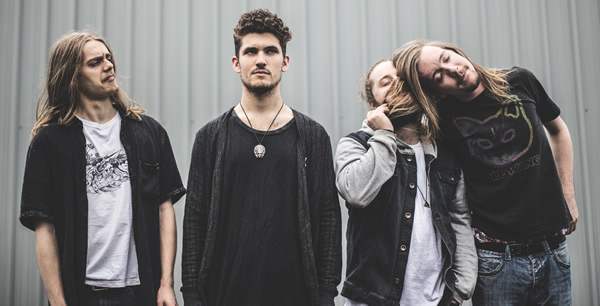 And today’s ~Aussie alt mob, is

Brisbane newcomers He Danced Ivy have burst from the foliage to deliver their sinister, debut single Mechanesque, a four-minute track dripping with tension in the opening moments before exploding into raw power and prog-punk glory!

Mechanesque is the first taste of this furious four-piece  as they step out from the darkness ready to assault the world with their  supernatural sonic powers.

Lyrically, the beginning of the song centres around a relationship as it starts to darken and corrupt, but as the sound expands, devolving into madness, so do the themes.

“The overall theme of the song is about how routine apathy, superficiality, and power imbalance in relationships can just eat you away from the inside. It’s a big theme in a lot of our music,” said vocalist and guitarist, Dave Cheney.

Instrumentally, Mechanesque delivers on these themes by using a delay on the rhythm guitar combined with a basic tapping technique to set up a kind of eerie percussive rhythm in time with the drums.  There’s also three vocals crossing before the chorus that creates a deliberate disorientation.

“The call and response vocals in the second verse is supposed to represent having those contrasting voices in your head, an angel and a devil. One is a bit neurotic but compassionate, and the other total apathetic,” said lead guitars and back-up vocals, Sean Rudner.

He Danced Ivy draw from a number of influences to define their sound including; Twelve Foot Ninja, Karnivool, At The Drive-in, Soundgarden, and Violent Soho.

You’ll be able to catch He Danced Ivy at Banana Field Festival in Coffs Harbour on Saturday, October 29.

For more information, go to facebook.com/hedancedivy