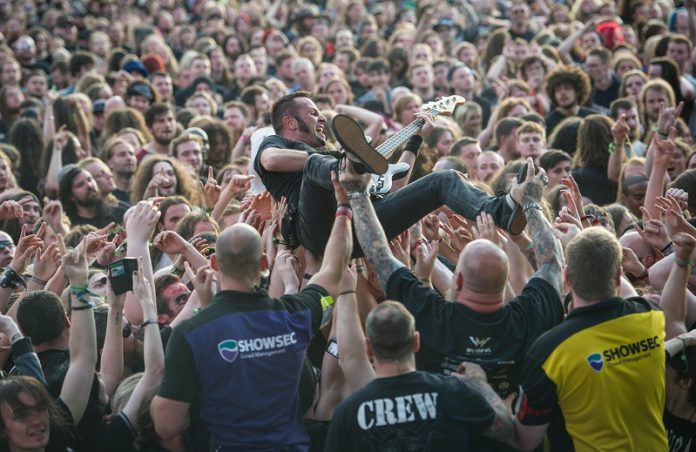 After a record-breaking year in 2016, BLOODSTOCK is excited to hit the ‘go’ button on 2017!  Early bird weekend camping tix are already on sale at a discounted £120 and now, due to exceptional demand, a limited number of VIP packages will be going on sale earlier than usual for 2017 on a first come, first served basis.  VIP sold out well in advance in 2016, so for those 100% set on guaranteeing VIP for 2017, or those wishing to purchase a VIP ticket as a Christmas gift, click to the ticket store at 9am on 1st September to be sure of securing yours.

VIP upgrades (for those who’ve already bought an early bird ticket) will be available from 16th December, when remaining VIP tickets will go up for sale.

In other great news, BLOODSTOCK is very proud to announce it shattered last year’s fund raising total for official charity partner, THE TEENAGE CANCER TRUST.  This year, via guest list donations and other on site contributions, BLOODSTOCK raised over £15,365, thanks to the festival attendees generosity!