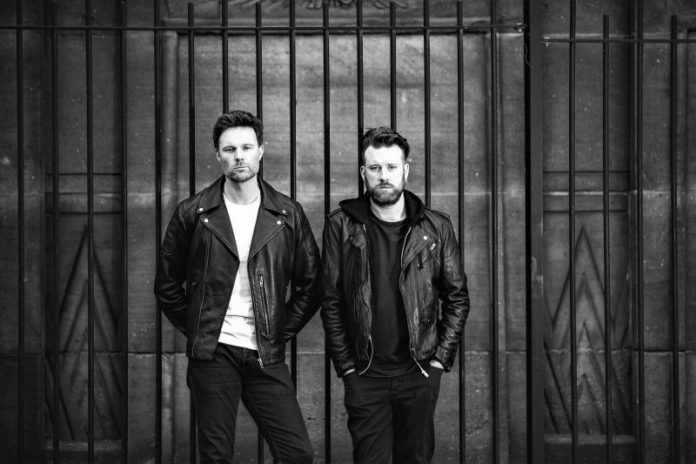 Tooth & Nail are a Grunge-Blues two-piece based in Leeds, UK. Formed in late 2016 by vocalist/guitarist Dan Pearson and drummer Mike Neilson the band trades in riff-driven, unpredictable, soul-influenced tunes that draw on a range of shared influences. Their songs are soaked in the blues, raised on grunge and well-schooled in classic rock and offer a stream of hooks and fuzz-driven energy.

Like all duos, the secret’s in the chemistry. When Pearson (a quietly acclaimed Americana singer-songwriter with almost a decade of albums and tours behind him) decided to ditch the acoustic and explore louder avenues, a chance meeting at a gig led to swapped numbers with Neilson and a first jam session the following week. Two rehearsals later, the boys had the bones of a set of visceral, exciting new songs and Tooth & Nail was born.

“It just came together so quickly- we locked into a groove and could play off each other pretty much straight away,” says Pearson. “We had so many shared musical reference points in rock and metal and soul music, and we both wanted to make exactly the kind of songs that came very easily to us. We’d been around long enough to know this band was something special from the start.”

Even the name of the band arrived as if flown in by natural destiny. “Our third rehearsal, we’d talked about the things we’d been through in music and in life – Dan with his solo records, me as a drummer in previous bands, the years and sacrifices we’d put into fighting for a career in music”, explains Neilson, “And I said, ‘well, we both fought tooth and nail to get here and keep making music’. And that was it, the name was there and it meant something to us immediately. Tooth & Nail is us.”

Debut single Cryin’ For You (set for release on Saint In The City Records on 24th March) sets the template for Tooth & Nail’s take on classic rock n’ roll. Anchored by Pearson’s soulful, bruised vocals and Neilson’s pounding drums, the new track rocks a quiet-loud grunge dynamic, a gritty blues chorus and an adventurous, riff-powered ending.