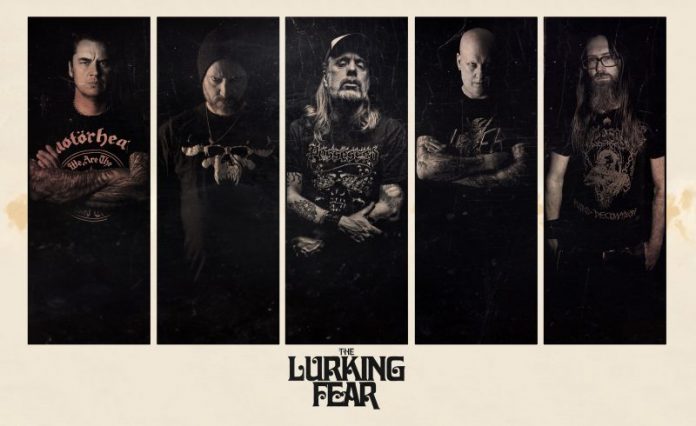 The newly launched Swedish Death Metal supergroup The Lurking Fear have signed a worldwide deal with Century Media Records and are currently working on their debut album, expected to be released later this year.

Featuring members/ex-members of illustrious and influential acts like At The Gates, The Haunted, Skitsystem, Disfear or God Macabre, The Lurking Fear are not just another retro all-star project, but a real band of five Death Metallers, who organically got together in order to celebrate the Metal breed closest to their roots as well as their hearts.

The Lurking Fear checked in with the following comment:

We have all played in various other bands for over 25 years and we just want to spew out the music that we want to hear. When we get together this is what comes out of naturally, because we share the exact same reference points. We love “Seven Churches” and “Mental Funeral” for the exact same reasons.

We want our Death Metal ugly, twisted and possessed. We miss the urgency, intensity and ”realness” in a lot of the modern Death Metal, therefore it is natural for us to stray away from the streamlined sounds of today, but rather focus on bringing sheer, natural weirdness and horror back to the table…”

Citing common inspiration by bands like Autopsy, Possessed, early Death, Repulsion, early Morbid Angel, Slaughter, Bathory, early Slayer or also Master/Death Strike, The Lurking Fear are currently working on their debut 7” EP, which is expected to be released in late May (Via newly founded Swedish label Moondawn. Pre-order details soon, limited to 500 copies!), and will then follow up with an album release later in the summer.

The band have just announced a handful of live in Europe: