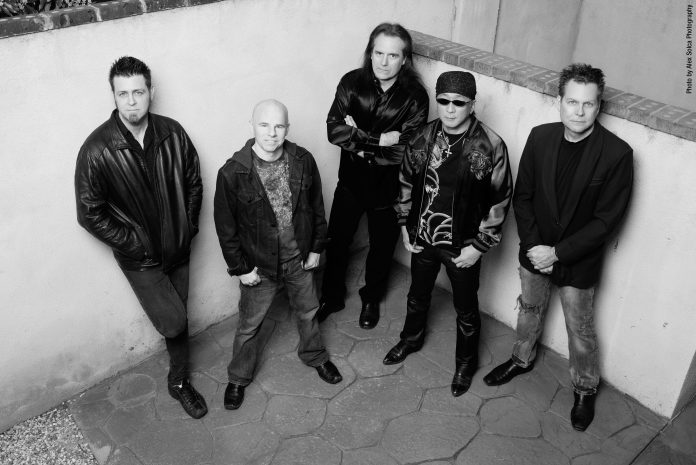 As the prog legends prepare to release their new album, now seems a good time for a run down of their career

Spock’s Beard was formed in 1993 in Los Angeles by brothers Neal and Alan Morse. In addition to keyboard-vocalist Neal and guitarist Alan, the original lineup came together with bassist Dave Meros, keyboardist Ryo Okumoto and drummer Nick D’Virgilio.

Following the release of their sixth studio album Snow in 2002, Neal Morse left the band to embark on a solo career. After his departure, the frontman role was taken on by drummer Nick D’Virgilio. During this period, Nick played drums for the studio sessions and Jimmy Keegan (Santana, John Waite) was brought in as tour drummer while Nick fronted the band. This lineup produced four more studio albums: Feel Euphoria, Octane, Spock’s Beard, all released by InsideOut Music and X, released by Mascot Records.

In 2011, Nick left the group due to his ongoing commitment to Cirque du Soleil. For the band’s eleventh album, Brief Nocturnes and Dreamless Sleep, Ted Leonard (Enchant, Thought Chamber, Transatlantic) joined the band as lead vocalist and guitarist while Jimmy Keegan assumed the duties of primary drummer for both recording and touring. Released in 2013, the album was a triumphant new chapter in the band’s ongoing evolution, and is already considered by many as one of their best works.

With a touring schedule that has covered much of Europe and the US over the years, Spock’s Beard has played to their legions of fans at major prog festivals around the world. Their live shows have been well documented on DVDs and live CDs such as 2005’s Gluttons For Punishment, Spock’s Beard Live recorded in Holland in 2008, The X Tour – Live in April of 2012 and Live At Sea, filmed while on the Progressive Nation At Sea tour in 2014.