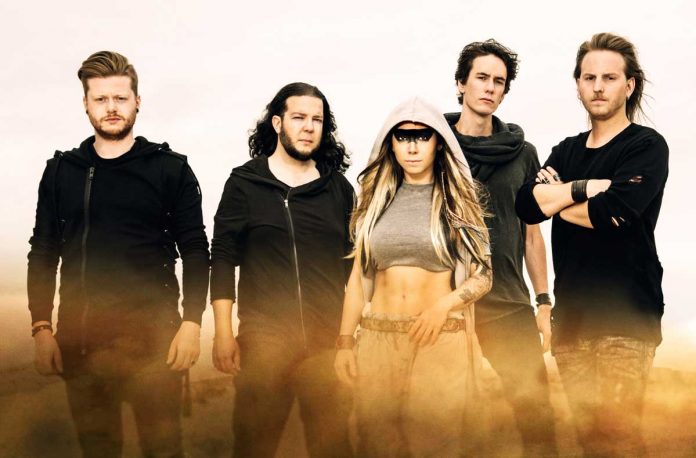 Avantasia singer and After Forever man team up

Sander Gommans [After Forever] and the Dutch/Brazilian bandPhantom Elite are coming with full power to breathe fresh air into the female-fronted metal scene.

Intense and powerful vocals by Marina La Torraca [Avantasia live], in-your-face guitars by Ted Wouters and Goof Veelen, unique keys and orchestration by Erik van Ittersum [The Theater Equation], and furious groove-heavy drums by Eelco van der Meer [Stream of Passion live]. These young, talented, and experienced musicians are kicking the doors wide open with the lyric video for their debut track, ‘Siren’s Call’. Watch it and find out why Phantom Elite is the next big name on the scene.

After her guest appearances with Avantasia in Germany at the Tollwood Festival in Munich and Rock Of Ages —WATCH HERE for an impression of MARINA`S performance — in Seebronn, Marina La Torraca will join them once more at the Schiffenberg Kloster in Giessen, Germany on August 26 and for the final show of their Ghostlights tour , at the Czadfestival in Poland, on August 27.‘Siren’s Call’ showcases the band’s versatility and musical creativity. Mythological creatures are invoked in the many different moods of the song as a hypnotic metaphor for the various passionate desires and vices of humans. ‘Siren’s Call’ will definitely keep you yearning for more.