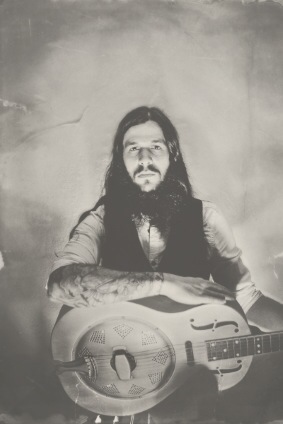 SHAWN JAMES & THE SHAPESHIFTERS  have been wowing fans with their swamp-born, high energy rock ‘n roll since releasing The Wolf in early 2013. The debut was the first in a trilogy and was followed by The Bear (June 2013) and The Hawk (January 2014). A righteously rockin’ album of cover songs recorded live, aptly titledThe Covers, was released in May 2014. Quickly establishing themselves with an impressive body of work and a reputation as a formidable live act with 260 dates in the U.S. and Europe already under their collective belt.

SHAWN JAMES & THE SHAPESHIFTERS are a 5-piece rock band from Fayetteville, Arkansas. At first glimpse, you might confuse them with a bluegrass or metal band. Influenced by every type of music, and growing up in several heavy and folky bands, the sound is not what you would expect. With a different vibe for every EP released so far, they truly embody the phrase “shapeshifters.”