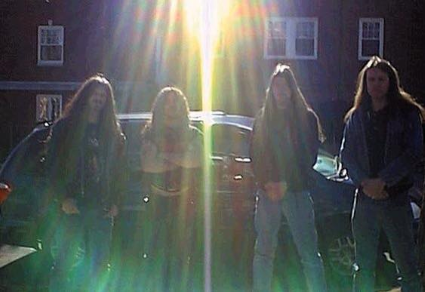 Everything you need to know about the reunited Death Metallers

Originally formed in Baltimore, MD 1993, PESSIMIST quickly made a name playing live shows in the MD/DC/VA area, opening for bands such as Deicide, Suffocation, and Incantation. After releasing their self-produced “Absence of Light” Demo/EP in 1995, PESSIMIST signed to Lost Disciple Records and released two CDs, “Cult of the Initiated” (1997) and “Blood for the Gods” (1999), which soared into the Top 20 CMJ Loud Rock Charts and received the coveted “Pick of the Issue… 10 Fucking Skulls!” in SOD Magazine.

In 2001, after several lineup changes, PESSIMIST recorded their 3rd CD, “Slaughtering the Faithful”.

The band split for several years afterwards, while PESSIMIST founder/ guitarist Kelly McLauchlin went on to tour and record with such notable acts as Diabolic, Angelcorpse, and the legendary Possessed.

Some years later, the band has acquired the rights to their original master recordings, and has signed with Obscure Musick to re-release these 3 classic PESSIMIST albums, “Cult of the Initiated”, “Blood For the Gods”, and “Slaughtering the Faithful”.