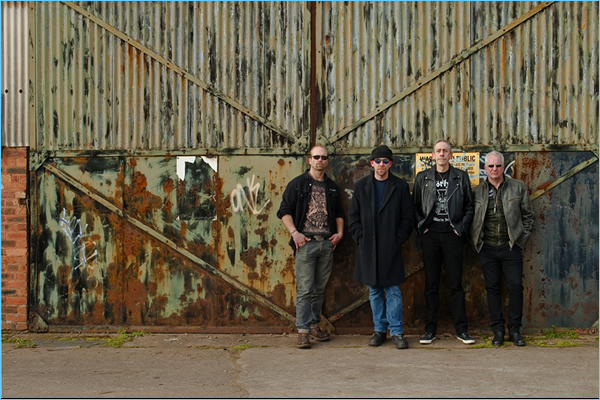 NWOBHM revivalists from the birthplace of metal

NWOBHM with a modern twist Nightblade are here to up the game.

Formed in 2010 by Mark Crosby and Dave Parrish with the aim of delivering a fresh take on the classic metal sound inspired by bands such as Metallica, Maiden, Priest etc Nightblade delivered their debut album “Servant To Your Lair” to some fantastic acclaim.

The 2013 release “Closer To The Threshold” again met with some critical acclaim with high review scores being offered by a lot of web and physical publications.

Nightblade say: “We have had a fantastic year supporting such legendary names as Graham Bonnet, Uli John Roth, Diamond Head and for the second time the mighty supergroup Snakecharmer, now lets up it!”

Their “Crisis Has No Prejudice” EP is out now

Why not join the fan page on Facebook www.facebook.com/nightbladerock