Featured Band: I Am The Trireme 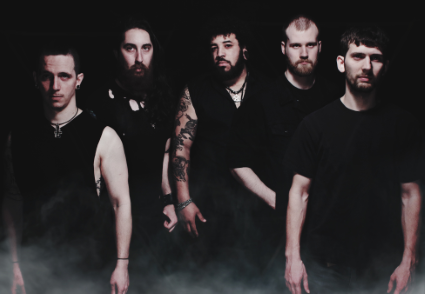 With their new album out in June, learn about these brutal black metallers

Few bands can match the ferocity and sheer brutal combination of melodic death and vile symphonic black metal that I Am The Trireme (pronounced “i am the tri’ reem”) has conjured.

Hailing from Philadelphia PA, IATT bring forth a relentless, fast paced, crushing wall of blackened brutality and haunting melodies. Listeners can expect to hear a searingly dark, aggressive blend of brutality and purely sinister blackened metal that is sure to leave them foaming at the mouth.

Conceived in 2008, I Am The Trireme quickly began to heave their mass out of the dark abyss and shape themselves into a great leviathan in the world of extreme metal alongside acts such as Rotting Christ, Goatwhore, Suffocation, Exhumed, and literally countless other heavy hitters in the extreme metal community; proving IATT themselves as equals in the genre.

While never claiming to be strictly black metal, IATT hold strong to belief of black metal in it’s purest form – unencumbered and in direct opposition of ALL religious ties and affiliations. In a time where ideals and strong beliefs have shifted into trends and thoughtless practices, leaving the scene littered with hollow shells in the image of our forefathers;

I Am The Trireme sets a course true to their convictions and shines an unapologetic ghostly light through the fog into the beyond.