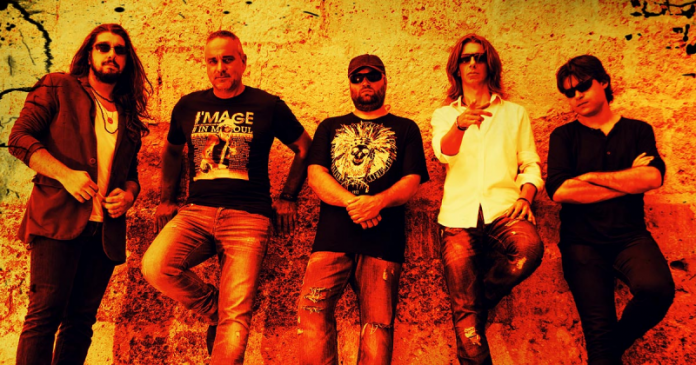 The different influences of the members make Hardreams sound like bands of pure A.O.R. such as Magnum, Harem Scarem, Ten, Survivor, and Hard Rock bands such as Dokken, Whitesnake, Van Halen, Queensrÿche,
etc.,all with a fresh, modern and personal sound.

In 2004 the band got a record deal with the label Vinny Records that released its first album called “Calling Everywhere” recorded at Aurha and Nautilus studios in Barcelona by the producer Tomi Perez, mixed and mastered by Carlos Creator at Rockstudios in Bilbao. Little later of the album release, the label ceased its activity.

Between 2006 and 2007, the band recorded its second album, “The Road Goes On” in Aurha and Boo Boo´s studios with Tomi Perez as a producer, the band kept its style although with the evolution of the members the result was a more direct and mature album.

In the year 2008 the album was released by the North American label Perris Records and distributed all over the world.

Thanks to good repercussion of this last album, in 2009 the label decided reissue its first album, “Calling everywhere”, with three bonus tracks, two live tracks and the unreleased version of one song.

In the year 2010 the band self-released its first live album called “Live…On a Dreamers Night” recorded at Salamandra in Hospitalet de Llobregat (Barcelona) opening for Jimi Jamison (Survivor),the album was mixed and mastered by Tomi Perez at Boo Boo´s studios in Barcelona, the album has 11 tracks almost all from the album “The road goes on”.

Between the years 2011 and 2012,Hardreams recorded its third album in studio in Grabaciones Silvestres and Boo Boo´s Music studios in Barcelona,recorded,mixed and mastered by the producer Tomi Pérez.

In 2013 the label Perris Records released the album called “Unbroken Promises” which had a great impact in the media and led them to play in many cities.

The year 2015 Hardreams back with a new keyboardist (Miquel Garcia),new producer (Ramón Sales) and a new recording studio (Salestudi) getting its best album at all with a great melodic rock sound and powerful songs.