It’s All Art For Ever Living 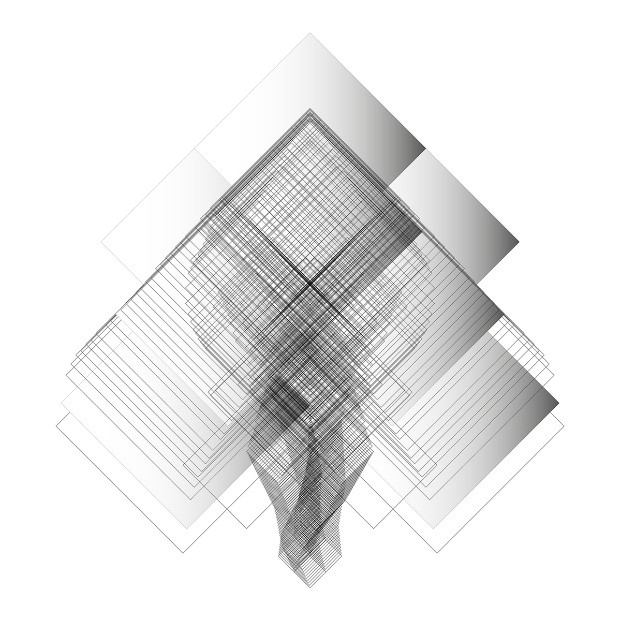 From the manifesto to the  art, this is a band that takes stuff seriously

“The inception of our band was a written manifesto, the contents of which essentially boiled down to one word: intensity,” asserts Andrei, guitarist of London quartet, THE EVER LIVING. “We realised we wanted to be a heavy band, but not necessarily a “metal” band in the traditional sense and we have evolved deliberately with that in mind,” continues bandmate, vocalist and keyboardist Chris; “We use brass, strings and piano; open droning guitars rather than palm-muted chugs, and avoid over-reliance on double kickdrum.” THE EVER LIVING’s self-titled debut EP is most certainly expansive, its five tracks constructed around tidal waves of thick guitars, atmospheric instrumentation and vocals that roar from the murky depths. Here the Chris from the band and artist Edward give a detailed insight into the artwork’s creation and meaning.

Chris: “A friend of mine and very talented designer Edward Dowell created the artwork, as well as all our other design work thus far. I saw some of his geometry work based around pareidolia so I asked him to work on something similar. The concept was to create something organic and imperfect by manipulating something man-made and geometric, which I felt summed up our sound; a lot of layers with hard edges coming together to form something that has a life of its own. I sent our first demos to him while we were writing the EP, describing what we were trying to achieve and included some accompanying reference images of brutalist architecture to reinforce the retro-futuristic feeling I wanted to get across in the music and design. I wanted the artwork to be monochromatic and have a science fiction look without being ‘spacey’.”

Edward: “In my own mind, ‘Abstract’ emerged as a complementary third anchor (after geometric and monochromatic) for establishing the visual language for TEL. The resulting artwork is heavily influenced by the visual grammar of Suprematism; a movement which advocated the ‘supremacy’ of subjective experience over the objective depiction of physical matter. Originally I had focussed on the heavier/aggressive elements of the music, therefore the tone of my early visuals was much darker – heavier in black, and more kinetic. I wanted the viewer to feel as though they were observing part of an abstract process, as though viewing a single still from a moving image. The viewer is then invited to consider whether this ‘process’ is one of destruction or creation; are the objects separating or unifying? 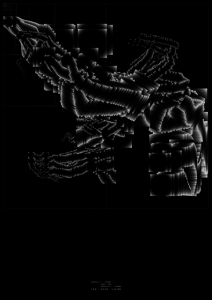 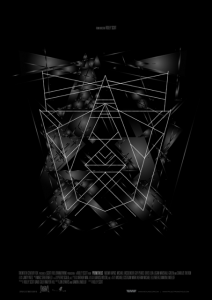 Having discussed a selection of design variants with Chris, the decision was made to move away from ‘darker’ visuals – which may have been a little predictable for the genre of music. The final design is much lighter, cleaner, and motionless. The use of symmetry has also created the illusion of a ghostly object floating within the overlapping outlines; similar to a Rorschach image. Personally I see the object as a brain, others may see it as something else; I am happy to embrace ambiguity and let pareidolia to do its thing.”