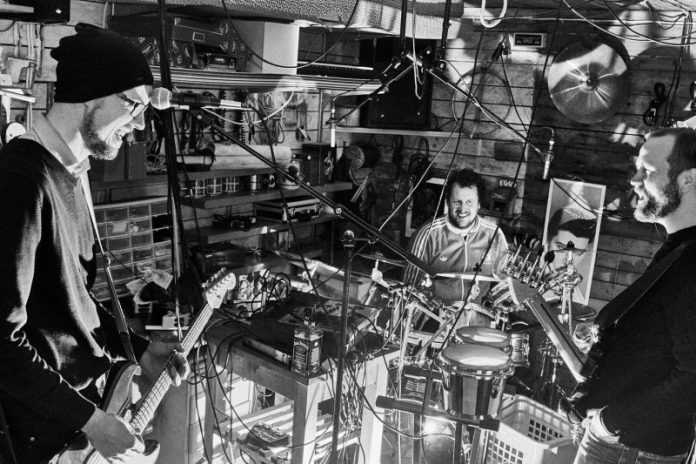 New Album out now
Giant Giant is a three piece band from Helsinki, Finland. The band has been playing together since 2012.
The bands musical roots can be located somewhere in 1980’s and 1990’s rock. But, they say:  “influences have been absorbed widely from variety of musical genres.”
The music is catchy and loose, guitar based and sometimes experimental. Distorted guitars and nice melodies are close to the heart.
Giant Giant released a self titled debut album 19th of February 2016.
Matti Saarinen produced music videos for the songs Dust and All you need is more. These videos can be found on
YouTube. The whole album is available  on Spotify and Apple Music.
www.facebook.com/giantgiantmusic
www.twitter.com/GiantGiantBand
www.vonderbaum.com/giantgiant.htm
Soundcloud:https://soundcloud.com/giant-giant/sets/giant-giant
Spotify:https://open.spotify.com/album/4oeBauJIgct1Gul2wUCvBaApple Music:https://itunes.apple.com/fi/album/giant-giant/id1082113299?l=fiGoogle Play:https://play.google.com/store/music/album/Giant_Giant_Giant_Giant?id=Bddcxswh3ubrcyefcrgxi6encxy&hl=fiDeezer:http://www.deezer.com/album/12353946