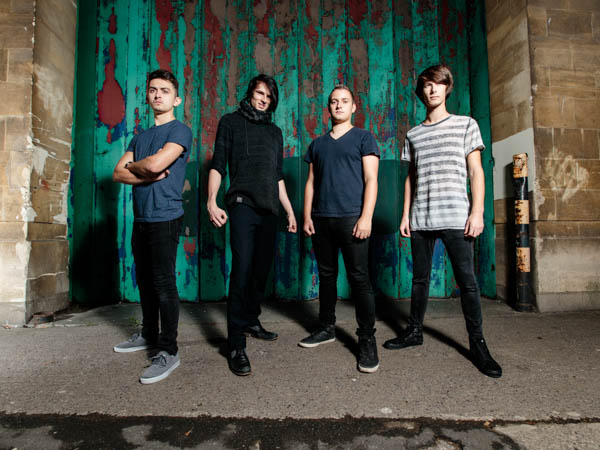 Formed in Bristol, Fall Of The Archetype aim to bring something new to the listeners of progressive metal music. The band experiment with a a heady  concoction of sounds consisting of strong melodies and polymetric rhythms contrasting seamlessly with more ambient and psychedelic sections.

The band is comprised of vocalist Hayden, guitarist Tom, bassist George and drummer Jack. All members have gig experience under their belt supporting bands like Scale The Summit, Intonaut, Nexilva, Exist Immortal, Hacride, Forever Never, Sylosis, Septic Curse, Heart of a Coward, Embrace the Tide, Imicus and Evita; a list that continues to grow.

Fall Of The Archetype have just come out of the studio and are currently preparing to show the world what they can do. The band have also announced the re-release of the ‘Psynopsis’ EP, due out 15th December 2014, with an album to come in 2015.

The band themselves say: “We’ve been working on our sound for so long that finally having a finished sonic signature makes all the time and effort worth it. The re-released EP really shows off what we are and the single demonstrates that we want to expand out of a single genre and really experiment with where we can take our music!”

Fall Of The Archetype are: