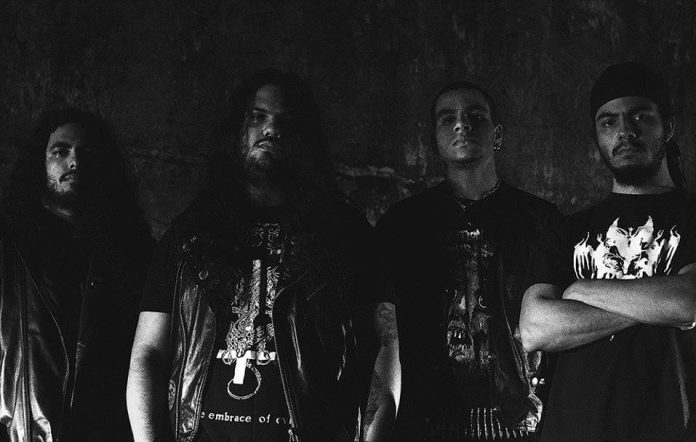 ESCARNIUM was conceived in 2007 in Salvador, Brazil, with the sole mission to make simple classic Death Metal in the vein of Old School Death Metal of the 80’s & 90’s.

In 2009, ESCARNIUM recorded and released the debut demo entitled “Covered in Decadence,” which yielded good results and opened doors with Distros, Labels and Zines in Brazil and other countries.

One of these was Polish Distro, Fukking Till You Bleed, which released the 2010 Split Tape “Celebrating the World of Decadence” with the band INSIDE HATRED.

In 2011, ESCARNIUM recorded the EP called “Rex Verminorum” which was released by Polish label Hellthrasher. In May 2012 their first full length CD ” Excrucianting Existence”  was released supported by a European Tour. Two other splits would follow in 2012 & 2014 on Imperial Doom and Misanthropic Records.