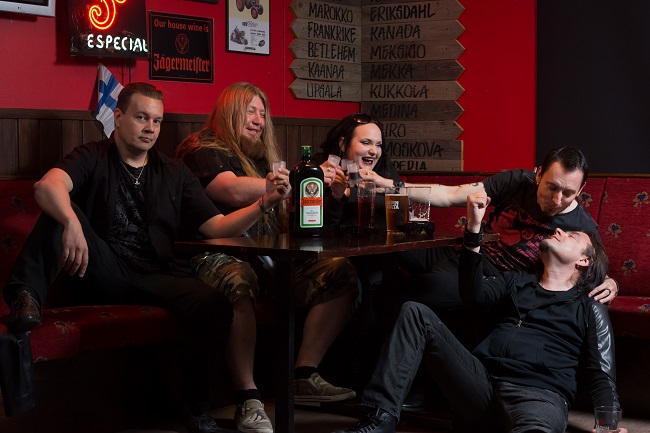 Finns’ new album is out this week – they promise laughs

Embassy of Silence is a Finnish band “on a mission to create and perform beautiful metal/rock with a strongly progressive vibe. ”

Furthermore the  band add: “Acoustic guitars, humour and playfulness also play an important role in the music of EOS.”

Ines Lukkanen was a guest female vocalist on the 2007 album of Tero Kalliomäki’s band, Saattue, and during the recordings, an idea of an emotional, atmosphere-filled rock/metal project was born. The duo immediately began composing and writing songs, and in the beginning of the 2008, released “Wendigo Winter” promotional CD, which included the songs Lilith Aether, Passion and Savagery and Void. The promo got extremely good feedback, and a couple of Finnish national radio stations played some of the songs featured on it.

Embassy of Silence recorded another EP, “Pristine” during the same year, released in the beginning of 2009 Initially other musicians in the orchestra were “borrowed” from Saattue, but after several lineup changes, the additions of Harri Koskela, Jarno Suodenjoki and Make Lievonen were cast into their roles, and (besides Tero) only Samu Lahtinen re-mained in both bands. 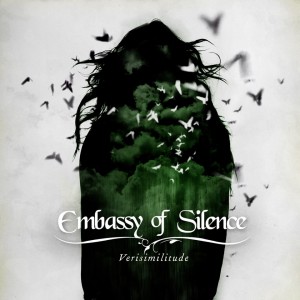 In 2009 Embassy of Silence began to record its first full-length album, “Euphorialight” which was mastered at Sweden’s Cutting Room, in Stockholm in the fall of 2009 by Björn Engelmann, which gave the recording its final touches. The album was released through Supernova Records, and both the record and its single, “Soul-broken” received great reviews and gathered plenty of interest towards the band from fans and media alike.

After a busy year of gigs, Embassy of Silence slowly began to compose and record its second album, “Antler Velvet”, which was released by the British label, Raven-heart Records in the summer of 2012, and featured a more groovy and refined sound, as well as such songs as “Unconverted”, “Through Unknown Gateways” and “Trixter Queen”.

The band also composed and recorded the anthem for Women’s American Football World Championship games in the summer of 2013, and performed it as a special treat at the end of their show at the Riihimäki Rock music festival.

Now this tireless group is releasing their third album called “Verisimilitude”! Release day for that is 28.8.2015.