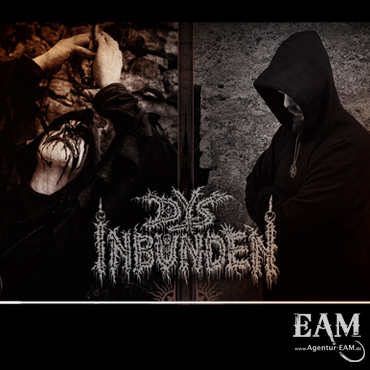 Swedish metallers who are gearing up for a big 2016

Dys Inbunden formed in 2012 by lead guitarist and vocalist Gefandi Ör Andlät, they play self-proclaimed Deaosophic Metal, a sonic dedication to the land of the dead and the chaos that flows thereafter in eternity!

As “Wisdom is derived from death” their sound is primarily Black Metal with Death, Thrash , Progressive and Melodic influences.

The band returned to the studio in 2014 to record their second full length opus. After changing studio and producer, Gefandi Ör Andlät records the new album with Honza Kapák at Hellsound studio in the Czech Republic during the dark month of October. 27th Aptil 2015 their second opus “One with morbidity, the opus misanthropy” was released through Liflätinn Productions.
In October Mephitz joined the band on drums.

The band has been showing that it is a true force within the Black Metal scene while attributing it with a crushing force that is heavy, progressive and decisive. Their new lyric video for the track “Through Demise and Decay” is taken from their second opus “One with morbidity, the opus misanthropy”