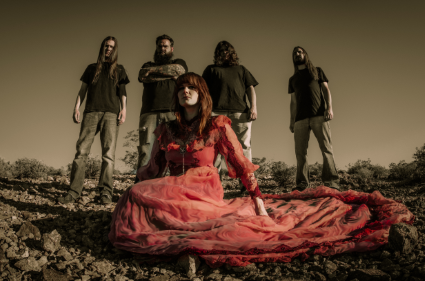 With their new opus “Dracula” getting a UK release next month, we take a look at the Las Vegas doom band

DEMON LUNG is Shanda Fredrick and Jeremy Brenton with guitarists Phil Burns and Brent Lynch and bassist Jason Lamb. Tour dates in support of A Dracula will be announced shortly.