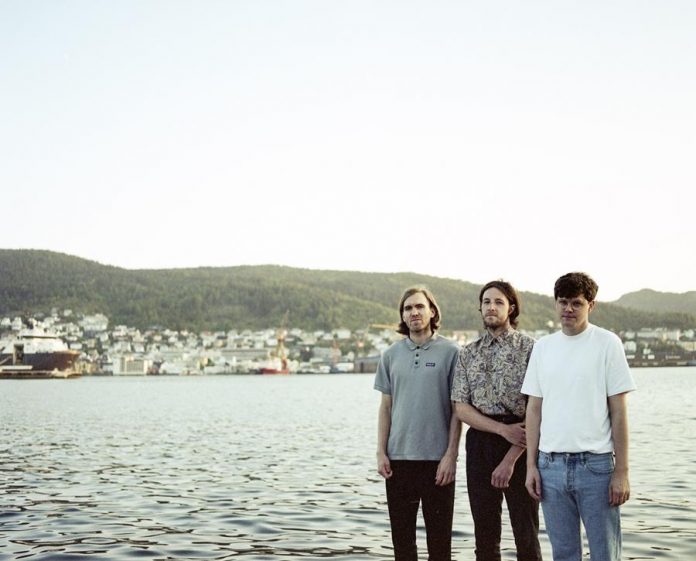 Shoegazers from Norway with a new track to show

It can’t be denied that there is something sorrowful behind the Bergen-based, lo-fi dream/psych pop trio Chain Wallet, and they can’t hide that their music suits the environment wherein it was created. It may be a cliché that it always rains in the band’s hometown, but when you play Chain Wallet’s self-titled debut album, it’s not too difficult imagine the mist hanging heavily over their dystopian vision of Bergen.

Even though feelings of nostalgia and melancholy lurk in the Scandinavian shadows, it’s not difficult to find indie-pop gold in its purest form, glittering below the heavy layers of synth and reverb. Tracks like ‘Shade’ and ‘Abroad’ have an up-tempo urgency to them which calls to mind bands like Motorama, whereas other dreamy psych ballads like ‘Muted Colours’ and ‘Stuck In The Fall’ occupy a rich and hazy middle ground between Diiv and Wild Nothing. Though Chain Wallet may not have many genre colleagues in Norway, they easily join the ranks behind international indie counterparts like Twin Shadow or Beach Fossils.

On their debut album, Chain Wallet explore themes of betrayal, idleness and crushed dreams against the backdrop of an existential breakdown. Wrapped in the shimmer and haze of the lo-fi soundscape that they conjure, the album is loosely based in the same universe, and portrays different aspects of the quarter-life crisis.

Frode Boris from the band explains the band’s ethos and sound: “We want to capture the acute distress of an afflicted character; his self-indulgent pity, gradual loss of touch with reality and his forlorn attempts on returning to normal life. The abrupt disintegration unveils interesting tensions between urgency and inertia. The album is about fragmented memories, unfulfilled ambitions and the quiet whisper of a stranger.”

With this debut the band show their absolute strength. Not just purveyors of somber earworms, they also possess a real skill for unifying the light and the dark, blurring the line between sorrow and happiness, leaving an enduring sense of quiet elation, after a journey that is both contemplative and pensive. That’s the impact good music should have.