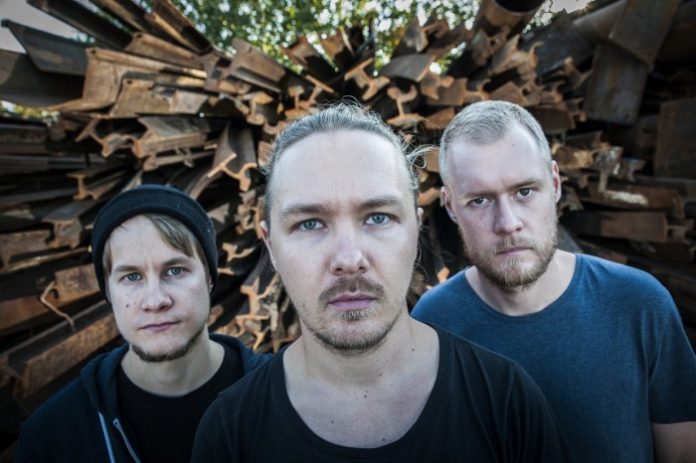 Finnish Stoner metallers release their debut in March, here’s all the stuff you need to know

Centipede is a heavy hitting stoner metal trio from Helsinki, Finland. Formed in 2011, they have released two well received EP’s and a 7” split. Finally, 2016 is the time for Centipede’s debut full length, titled Sarnath.

Centipede brings together their love for stoner, sludge, thrash and Iommian riffage to create their blend of metal that’s at times sluggishly slow and at times frantically speeding. They draw inspiration from bands like High on Fire, Mastodon, Weedeater and the Melvins but don’t piss on the graves of Sabbath or Metallica either.

The reviews of Centipede’s previous EP (Brazen Bull) mentioned the band “claiming the title of Finland’s most crushing vibes” (Inferno magazine) and creating a “heavy and oppressive atmosphere” (Miasma magazine). One German review said that the vocals sound like taking a shit after three days, but it remains unclear whether this is a good or a bad thing. Generally the reviews have been positive, but the music of Centipede isn’t for everyone, and that’s totally fine.

In their purest form Centipede have been seen in shows around Finland and on a mini tour in the Baltics. With their debut full length there are more gigs in the horizon, but new material is being written constantly as well.