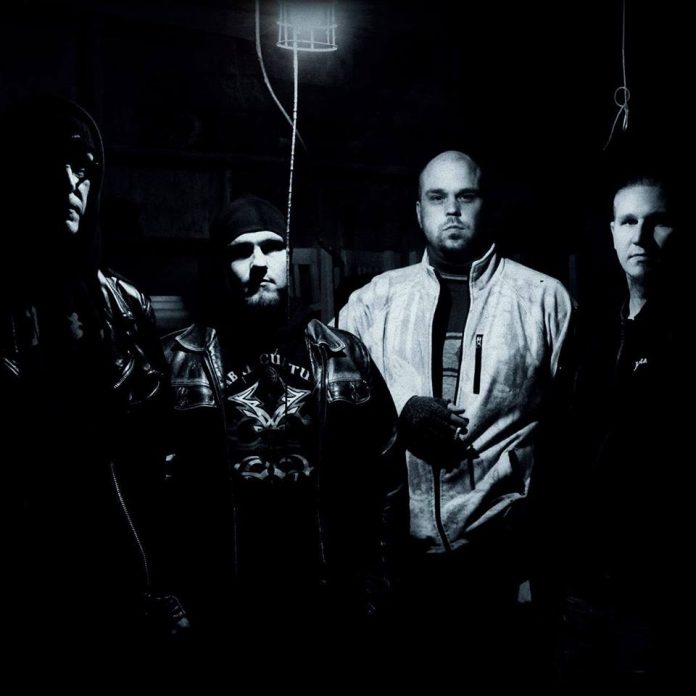 The band who took 14 years to record their first EP….

Blood Region was formed in Karstula in beginning of year 2002, when the first line-up gathered in the dense backwoods to burst out first notes of Korpi-Metal.

A lot of rehearsing and some recordings were done during those times, yet they all stayed more or less in a small circle and unreleased.Different line-ups,different material and some planning went on. Yet,also time passed and left BR to rest for years to come…

…until 2011 the flame was recovered and lot of song-writing, rehearsing and plans were done. And so by january 2015 the band entered the The GuardCastle,the studio owned by Jakke “Naughty-Jack” Valkeinen,to record the first official release.As it was planned;the recording captured the raw sound,harsh approach and the hybrid elements of old thrash and nwobhm. After good feedback and enthusiasm,after a while band entered studio to record a song,”Metalheads” as a tribute to the roots,regions and friends.Then it was short time to have little break and compose some new and rearrange some old songs.

On freezing january 2016,Blood Region crew travelled once again to capture new songs on tape,at Naughty-Jacks new studio.This time with a bit more thought, with atmospheric and more melodic approach and sharpened arrangements. First ep “Of Northern Fire” was recorded and it contains three diverse, yet really BR-sounding songs,…having that edge of raw metal but with a touch of new elements and different genres,nevertheless,…it is Korpi-Metal,pure like moonshine in its own way.

The band goes on,…rehearsing,doing new songs,looking forward to do gigs, a music video and record new material near future.Bound to Blood Region of Northern Fire…step into realm of backwoods and experience the real and honest Korpi-Metal!!!
Blood Region is

Previous article
Review : WEAK13 – THEY LIVE (2016)
Next article
The Agonist And The Ecstasy