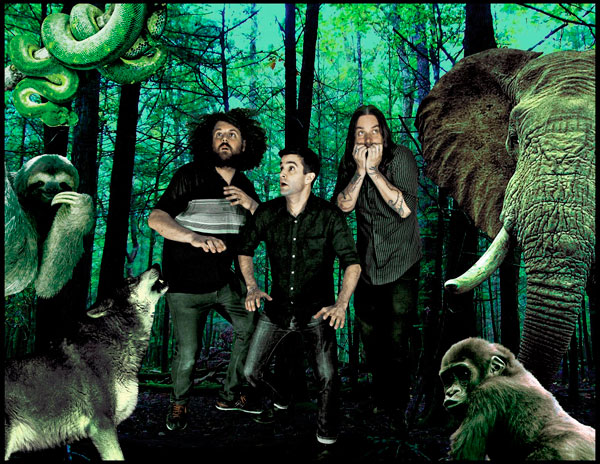 As the band described as “Slayer having sex with CCR ….on acid” prepare to release their new album, we feature Mastodon’s former touring partners, Big Business

Big Business started as a two piece band composed of Jared Warren of Karp and The Tight Bros From Way Back When, and Coady Willis of Murder City Devils. Their sound has been characterized as a bombastic and frantic low end attack, marked by Warren’s signature vocal delivery. The band released its first album, “Head for the Shallow”, on January 25, 2005.
In late 2006, after relocating to Los Angeles, Jared and Coady both became members of The Melvins, first appearing on “(A) Senile Animal”. The tour, titled “the Double-Drumming Rock for Peace tour”, featured Warren and Willis playing a set as Big Business before being joined by Crover and Osborne for a set as The Melvins.
Big Business started recording material for the new Melvins album, entitled “Nude With Boots.”
Two guys grinding out beefy hardcore as loud and heavy as humanly possible. Big Guy Jared Warren wrestles bass and vocals, Little Guy Coady Willis mans the drums and scant backing vocals. And how they do beat the crap out of their instruments!
Big Business are Jared Warren (KARP, Tight Bros From Way Back When, The Whip) and Coady Willis (Murder City Devils, Dead Low Tide). They play the kind of music that sounds like steamroller bass rumble dump truck crashing into Slayer having sex with CCR…on acid.
4 years later – Big Business are back with their 4th album – Battlefields Forever, their finest album to date.