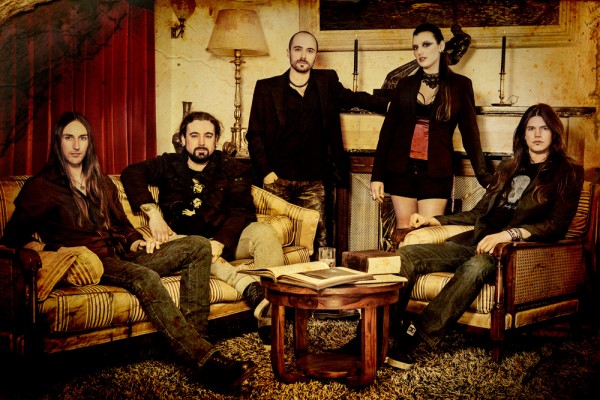 They’ve played with Magnum. They cover Maiden and they love Ayreon and Dream Theater. In the first of three articles with Anthropia we find out all about their beginnings

Founded in 2003 by Hugues LEFEBVRE (vocals, acoustic and electric guitars), ANTHROPIA first records a 5 song demo before becoming a solo project in 2004. The band’s style can be described as power prog’ metal, inspired by bands like Symphony X, Megadeth, Pain Of Salvation, Ayreon, Dream Theater.

The project ultimately takes shape in 2006 with its first album, out on the renowned american label Magna Carta: “The Ereyn Chronicles, Part 1″

With the help from Damien RAINAUD on the drums, and thanks to a very warm welcome from the press
(especially Album of the month in the French issue of Rock Hard magazine in December 2006),
Hugues teamed up with Nathalie OLMI (vocals), Yann MOUHAD (guitars) and Julien NEGRO (bass),
in order to perform the album live during a series of live concerts.

The band will play notably at the Tomawok Festival in Nice, and for the legendary British band Magnum at the Trabendo in Paris,and will perform a few showcases in a handfull of FNAC shops in France.

In 2009, the band released its second album: «The Chain Reaction», mixed by François MERLE, guitar player from MANIGANCE,and mastered by Tommy HANSEN (Helloween, Pretty Maids, …) with Kevin CODFERT from ADAGIO also appearing as a guest.

That record with higher composition and production standards, is out on ADARCA RECORDS,
a record company founded by the band, and garners even more accolades from the press
(Album of the month again in the french edition of Rock Hard magazine in April 2009).

The band finally records in 2010 an unplugged showcase in order to release its first live album:”Acoustic Reactions”.
The concert is captured on film and integrally available on Youtube.

Now the band is back with a new album. And there will much more on that on Tuesday next week.