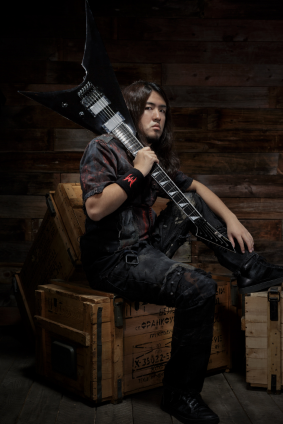 Ahead of his new album, here’s some stuff you might need to know

Masaki Murashita first showed his scorching riffs and powerful songwriting, along with his blistering and aggressive vocal style with the critically acclaimed modern thrash band Hemoptysis in 2007 and he has been clawing his way to the top ever since.

Combining elements of melody, thrash and modern extreme metal, Masaki has molded his own razor sharp brand of metal that is moving into the next stage of metal evolution.