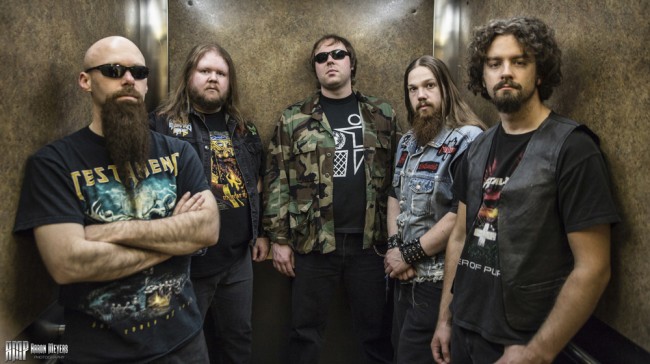 Remembering the horror of nuclear war on new video

Seattle, WA thrashers FALLEN ANGELS want you to remember not to forget the nuclear chaos brought upon Japan’s Hiroshima and Nagasaki during WWII in their new lyric video ‘Nightmare’, which demonstrates with historical visuals the aftermath caused by the Atomic bombs being dropped on those cities. To learn more about Hiroshima and Nagasaki, please visit the following link here.

The album is set to be released on August 4, 2015 via their indie label Cyberdyne Records to follow 2010’s ‘Engines of Oppression’ and 2008 debut ‘Rise From Ashes’ released on Metal On Metal Records.  The band also plans to tour extensively this summer, bringing their explosive live show full of thrash and shred, which they are known for as a local favorite in the Pacific Northwest. 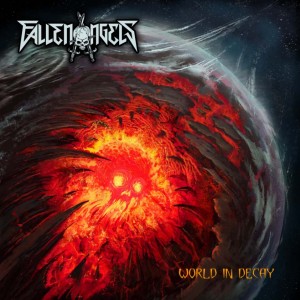 Capturing the classic thrash sound of the Big Four in their prime; early Metallica, Testament, Slayer, and Megadeth as well as lesser known cult heroes Exodus, Annihilator, Forbidden and Havok.  FALLEN ANGELS is influenced by a wide range of 80’s thrash as well as classic metal from the 70’s and 80’s. The band combines these elements in a fresh, modern sounding album with the explosive riffs and solos that one might have expected to hear on the radio around 1989.  FALLEN ANGELS is a band that thrash fans and more classic metal oriented fans can agree on because the music is catchy but also very aggressive.